Kevin Na: What's in the bag of the Sony Open winner

Take a look at what clubs Kevin Na used to win the Sony Open on the PGA Tour last week, where he almost withdrew for the third consecutive year! 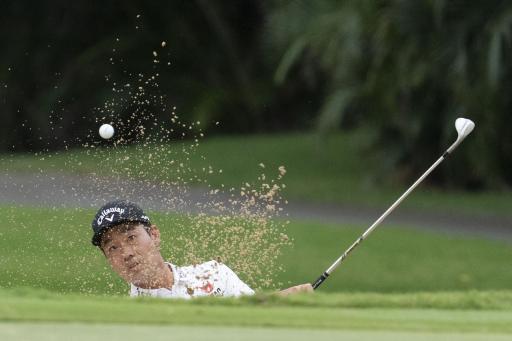 Kevin Na climbed the leaderboard towards the back end of the final round on Sunday, making four birdies in his final six holes to win the Sony Open by a stroke, but he wasn't far away from withdrawing for a third consecutive year.

With just a few days until the start of the tournament, Na was working on his game at the driving range, when an injury to his ribs suddenly put his week in doubt.

Had Na pulled out of the Sony Open, it would have been the third year in a row he'd been forced to do so. Last year, Na withdrew from the event in Hawaii due to a neck injury and the year before that, a broken pinky finger.

WATCH: Kevin Na stripes a 3-WOOD off of the CART PATH during final round!

Na's new trainer Corner Driessen was luckily on hand and worked with his client in an attempt to loosen the area and limit the injury, which seemed to work a treat.

“We worked on, it loosened it, and the next day I woke up, it felt great and felt like nothing happened,” Na said. “Had he not been here, I don't know, might have been a different story.”

So what was in the walk-in master's bag as he picked up his fifth PGA Tour title on Sunday? Take a look below:

Kevin Na - What's in his winning bag at the Sony Open

NEXT PAGE: How Much They All Won At The Sony Open On The PGA Tour