Westwood: "The game was never meant to be fair." 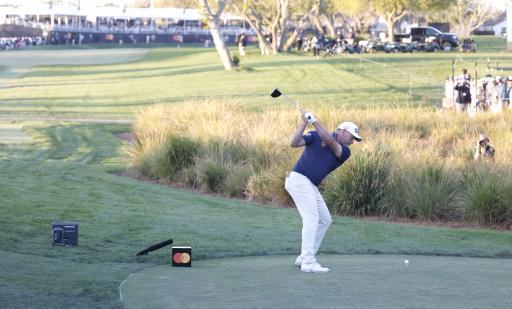 Lee Westwood has had his say on Twitter after his tee shot at the par-4 18th hole at Bay Hill caused a social media debate at the end of the Arnold Palmer Invitational.

It had been a thrilling contest between Westwood and Bryson DeChambeau, with both players standing on the final tee with just a shot between them.

Westwood - who is one of the greatest drivers in the game - hit a beautiful shot straight down the middle of the fairway, only for his ball to land in a large divot.

Needing a birdie to try and take the famous tournament to a play-off, it was a far from ideal lie for Westwood, but the Englishman did brilliantly to make solid contact with the ball and give himself a chance of making a three.

It wasn't to be for Westwood though and DeChambeau went on to win his eighth PGA Tour title, but while DeChambeau was celebrating, a divot debate was taking place on Twitter.

RELATED: Paige Spiranac: "You should get FREE DROPS from divots in the fairway"

With Instagram sensation Paige Spiranac making her feelings about divots clear on social media, many golf fans were having their say and it was causing a very balanced debate.

Some believe that if your ball lands in a divot, you should be entitled to a free drop, which would have given Westwood a better opportunity with his approach shot, while others think the 'play it as it lies' rule needs to remain.

Westwood has now responded online and it seems although a free drop would have favoured him at Bay Hill, he is happy with the current rule: "Just gotta shrug it off and get on with it. The game was never meant to be fair. That’s the mental challenge."

Just gotta shrug it off and get on with it. The game was never meant to be fair. That’s the mental challenge.