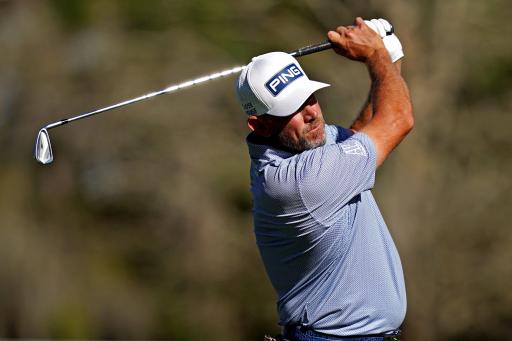 Lee Westwood continued his impressive recent form on the PGA Tour by racing into the halfway lead at The Players Championship at TPC Sawgrass.

Westwood, 47, posted a superb 6-under 66 on day two to move to 9-under par and one shot clear of compatriot Matt Fitzpatrick as he goes in search of his fourth career title on the PGA Tour.

His sixth career bogey-free round @THEPLAYERSChamp. @WestwoodLee heads into the clubhouse with a 1 shot lead. pic.twitter.com/Fh0dadRzxA

Former World No.1 and reigning Race to Dubai champion Westwood wasted little time in moving in the right direction on Friday with back-to-back birdies on the 10th and 11th, and he then added four more birdies on his back nine (the front nine) to move into the lead.

Westwood, who last week finished second behind Bryson DeChambeau at the Arnold Palmer Invitational, has incredibly found 86% of the greens in regulation so far, and he leads the field in strokes-gained total (10.744).

One area of the game that often lets Westwood down is on the greens, but there has been no such problems with the flatstick so far this week, ranking seventh in strokes-gained putting (4.387).

It marks the third time Westwood has led after 36 holes at The Players Championship (2005 and 2010).

Sergio Garcia and Chris Kirk find themselves two shots off the pace on 7-under par, with that man again DeChambeau on 6-under par alongside Denny McCarthy, Brian Harman, Charley Hoffman, Doug Ghim and Sungjae Im.

Jon Rahm moved into contention for his first Players title with a solid 68 to bump himself up to 4-under par for the week.

Rory McIlroy's struggles continued on day two as the defending champion added a 75 to his 79 to miss the cut and finish well down the field on 10-over par.