Lee Westwood not playing on PGA Tour: "It's not worth it"

Lee Westwood says he won't be playing any PGA Tour events until travel restrictions have been lifted. 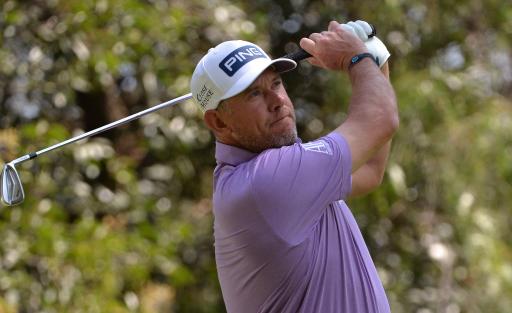 Lee Westwood says he will not be playing in any PGA Tour events or travelling to the United States until travel and quarantine restrictions have been eased.

The PGA Tour is set to resume without spectators at the Charles Schwab Invitational at Colonial June 11-14 and Westwood is currently in the competing field, whilst he is entered to play in the RBC Heritage a week later.

Travel restrictions are currently causing an issue for PGA Tour players who reside outside of the U.S.A, as there is a 14-day quarantine period for anyone who enters the country, something that Westwood isn't prepared to do.

"I'm entered for the Colonial and the RBC Heritage as well as there's top-50 in the world exemptions for those two events, but right now I won't be playing them," Westwood told the Golf Channel.

"Not with having to leave here two weeks before, quarantine, then play the two tournaments, then come back and quarantine again. It's six weeks for two tournaments and to me, it's just not worth it.

"It's not worth taking the risk if everybody thinks that those kind of precautions have got to be in place. I don't feel like golf's a priority, it's that severe."

Westwood currently has an automatic spot for the 2020 Ryder Cup at Whistling Straits, due to his victory at the Abu Dhabi HSBC Championship in January, but the Englishman believes changes need to be made to the qualification process due to the number of events that have ben cancelled as a result of the coronavirus.

"We haven't played any majors in the qualification process, there's a few World Golf Championships missed off there and there's a BMW PGA Championship at Wentworth, that we would finalise it in that's now looking like being moved and out of the qualifying," Westwood added.

"I know we've only played for 37 per cent of the points on the European Tour so a lot of things can happen. It's a tough one, but I think we might have to modify it a little bit.

"I think Padraig's pleased with the way the team's shaping up and how qualifying has gone, but at the same time there's some people on the outside of it who would have been some of the favourites to get in there. I'm glad I'm inside it right now and it feels like my fate is in my hands."