Lee Westwood refuses to speak further about the proposed format of a Saudi-backed Golf Super League. 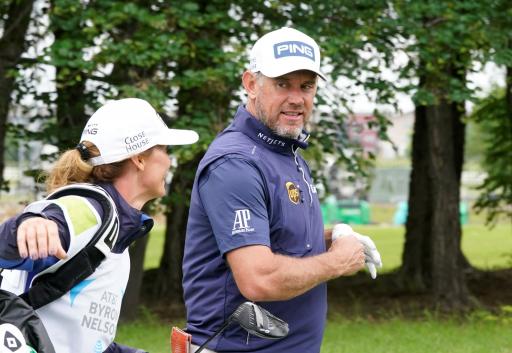 Lee Westwood has told the media he cannot speak further about a Saudi-backed Golf Super League as he has recently signed a non-disclosure agreement (NDA).

Westwood, 48, is said to have signed a legal document preventing him from speaking about the proposed league.

The question was put forward to Westwood ahead of this week's controversial Saudi International on the Asian Tour just hours after The Telegraph reported fellow Englishman Ian Poulter had been offered £22 million to join the league.

Should any PGA Tour or DP World Tour player decide to join forces with the Saudi Arabian-backed golf league in the future, they will potentially be banned from competing in the biggest tournaments in the world, as well as the Ryder Cup.

"What do you think of the proposed format of the super league, the team aspect of it?" asked a reporter. "It's a little bit different from the 72-hole strokeplay norm?"

Westwood replied: "I don't know whether I want to answer questions on that. I've signed an NDA."

RELATED: IAN POULTER OFFERED £22 MILLION TO JOIN A GOLF SUPER LEAGUE - BUT WILL HE RISK THE RYDER CUP?

Westwood did give some thoughts on a new golf super league though.

"I think golf has got to move with the times and become more heat of the moment, volatile and impactful right from the word go.

"Certainly if you do it like the team aspect, there's more action happening in more different places."

Last year, Westwood said should he be offered $50 million to compete in a Golf Super League then it would be a "no-brainer".

This week's Saudi International features some of biggest names in world golf such as Bryson DeChambeau and defending champion Dustin Johnson, but the controversy surrounds the amount of money that is being dished out in tournament appearance fees, especially given the country's awful human rights record.

The Asian Tour yesterday announced a fresh investment of $300 million as part of their new International Series, which will take tournaments around the world.

NEXT PAGE: SAUDI-BACKED GOLF EVENT COMING TO ENGLAND IN 2022