We posed a question to our readers as to whether Ian Poulter should accept the reported sum of between $20 and $30 million from the International Series. 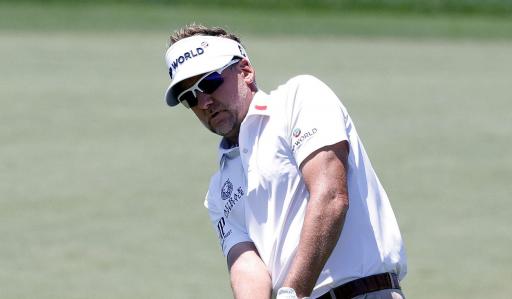 The International Series, the name of the Saudi-backed golf circuit, revealed its identity yesterday as well as its destinations for the 2022/2023 season.

The announcement saw the brand and logo unveiled as well as the investment from the Public Investment Fund and LIV GOLF Investments increasing to $300 million.

The Asian Tour is the benefactor of this investment and Greg Norman, the CEO of LIV Golf Investments, maintains that this will aid the global growth of golf.

Also, the Telegraph reported that Ian Poulter has been offered between $20 million and $30 million to commit to the International Series.

However, it has also been reported that if the 46-year-old accepted this money, it would jeopardize his chances of captaining the European Ryder Cup side one day.

Of course, Poulter has built his career on his Ryder Cup record. He has never lost in the singles and he has been part of five European wins.

It is a significant revelation and another development in the allegedly threatening movement growing under Norman. Previously, the PGA Tour have warned players that they could be banned if they compete in a Saudi-backed circuit.

We asked our readers what their opinion was. Should Ian Poulter take this huge sum of money or should he prioritise his ambition of becoming the European Ryder Cup captain?

Currently, our vote shows that 52% of golf fans think the three-time PGA Tour winner should reject the offer and keep his captaincy ambitions.

This is only a narrow majority and there is an intriguing balance between golf fans who believe he should reject the money and golf fans who think up to $30 million is too much to turn down.

"I'm sure he has enough money. But it's hard to turn down 22 million dollars," one fan commented.

"Take the Money. The Ryder Cup is going to be dominated by USA for many years to come," another fan said.

"No why would he throw his legacy away in the Ryder Cup. Future captain right there. Plus I’m sure he’s living pretty comfortable life without that money!" one fan said.

"Take happiness… if I were him I’d reject the cash and play golf for the rest of my days on the tour and the senior tour thereafter … He is worth a mint as it is his house is worth more than 22m," another fan commented.

"Take the money at this point in his career/age he isn't getting any younger. He deserves the payday," one fan said.

"Can't see Poults being short of a few quid and if Ryder Cup means as much as he says it does then he’ll want to be a captain at some point," another fan said.