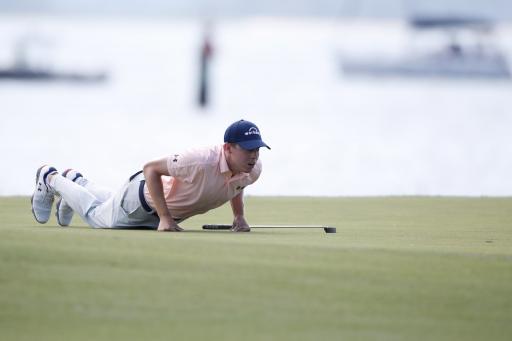 Matthew Fitzpatrick believes he is close to finding his first win on the PGA Tour as he prepares to take on Muirfield Village in the Workday Charity Open this week.

The Englishman has five European Tour victories to his name but still awaits his first on the PGA Tour, with his best result coming last year at the Arnold Palmer Invitational where Fitzpatrick finished second.

Fitzpatrick decided to travel to the United States and endure the 14-day quarantine process to play on the PGA Tour when it returned after being on hold for 91 days due to the coronavirus pandemic.

Having played in three of the four events since the PGA Tour continued, Fitzpatrick finished T32 at the Charles Schwab Challenge, T14 at the RBC Heritage, before missing the cut at the Travelers Championship, but the 25-year-old believes he is not far away from grinding out a victory in the States.

"Obviously I'm disappointed not to have won, but the way I look at it is I'm not playing full-time over here," Fitzpatrick said. "I've given myself a few chances now, and I don't think I'm far off. It's just sort of everything coming together.

"Back at Harbour Town, drove it well and then putted well and just didn't quite hit my irons close enough over the weekend. Then the following week at Hartford, did everything great and just played the par-five 13th in three over par. That's a hole that you should be playing two under for the first two days and five shots better.

"I feel like it [a win] is close, but my level of frustration, I'm not frustrated. It's the way the game is. I've just got to keep working hard and improving and trying to do the things that me and my team have looked at. Just take it from there really and hopefully it will come."

This week at the Workday Charoty Open, iconic caddie Jim 'Bones' Mackay, who worked alongside Phil Mickelson for many years, will be on Fitzpatrick's bag, after he texted the Englishman to offer his services.

"I was absolutely shocked," Fitzpatrick said. "Everyone knows what he's achieved. Everyone knows sort of his place in the game and how well he's done.

"Just having someone who's achieved so much, has so much experience, it kind of makes you feel better about your own game that someone of that stature has belief in your game. It absolutely gives me confidence going into the week.

"Having Billy, having Bones, I had Cayce Kerr the last three weeks, who's worked for some great players as well, it really sort of makes me look forward to the week even more. I feel like I have a little bit of extra confidence. It might be false confidence, but either way it's certainly a big help in my opinion."

NEXT PAGE: Bryson DeChambeau on cameraman incident: "He was waiting for me to do something bad"