Matthew Wolff's inconsistencies have returned at PGA National and rounds of 81 and 76 have seen him finish at the bottom of the leaderboard. 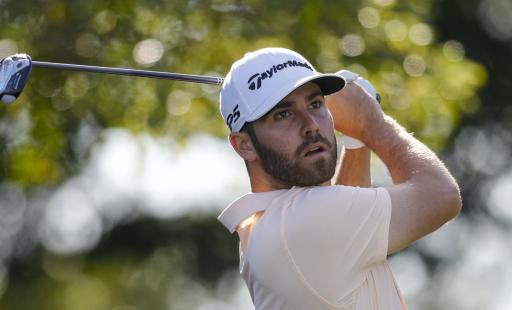 Matthew Wolff finished rock bottom of the leaderboard after two rounds of the Honda Classic, following up his 81 on day one with a 76 on Friday.

After missing the cut at The American Express and finishing 64th at the Farmers Insurance Open, Wolff was placed at 17-over-par in a tie for 143rd this week too.

His round was summarised by his bogey on the third hole on Friday. His frustrations got the better of him and he threw his ball in the water.

In his first ten rounds of this season, Wolff was 49-under-par and looked to have turned a corner. But now he has broken 70 just once in his last ten rounds on the PGA Tour.

Matthew Wolff chucks a ball into the water after making bogey on 3.

I’m not sure he’s in the position to be throwing away balls on purpose. He’s running low as is

During the 2020/2021 season, the 22-year-old took a two-month break from the game to deal with his mental health issues. This came at a time when he missed the cut at the Zurich Classic of New Orleans and he was disqualified from The Masters.

Daniel Berger leads the way on 10-under-par after two solid rounds of 65. Wolff was 27 shots behind and he has now missed the cut in four of his last nine PGA Tour events.

The projected cut stood at 2-over-par when darkness stopped play on Friday. Just one player, Andrew Kozan, is left to finish his second round.

This shows how tough PGA National is playing and how brutal the Bear Trap still is. Nonetheless, Berger leads by three shots ahead of Chris Kirk and Kurt Kitayama.

Former Open champion Shane Lowry is seven shots back on 3-under-par and Lee Westwood and Danny Willett are both on 1-under-par.