PGA Tour Pro hits ALL 18 GREENS at Honda Classic - Has this been done before?

Adam Svensson achieved something that very few players on the PGA Tour are capable of on Friday at the Honda Classic. 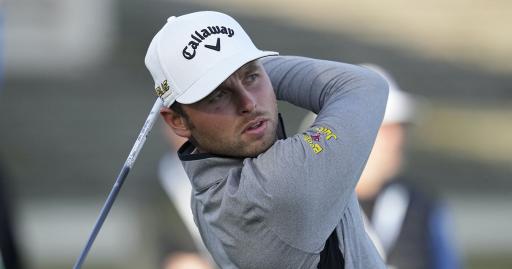 PGA National presents one of the toughest challenges that the players face on the PGA Tour. The Bear Trap, which spans from hole 15 to hole 17, played a combined 230-over-par last year.

In the first round of the Honda Classic this year, the field was 61-over-par on the Bear Trap. But in the second round, one player tamed it to perfection.

Adam Svensson achieved something only one other player has ever achieved since 2007 when the Honda Classic moved to PGA National.

The impressive Canadian hit every single green in regulation, including all three greens that constitute the Bear Trap.

It's a rare feat, @AdamSvensson59.

Only 2 players have hit all 18 greens in regulation since the event moved to PGA National in 2007. pic.twitter.com/728WO9R7GN

This incredible statistic helped him on his way to a 65 which put him on 6-under-par for the tournament, just four shots behind Daniel Berger.

Svensson's amazing run on the greens can only be related to one player. Cody Gribble also completed this feat in the first round of the Honda Classic in 2017.

Svensson, who has only made two top-25 finishes in 11 events this season, also found all 18 greens at Monterrey Peninsula Country Club in his second round of the AT&T Pebble Beach Pro-Am earlier this season.

The 28-year-old is clearly warming to his task at PGA National. He has only played in this event once previously in 2019. He earned his PGA Tour card this season after finishing third in the Korn Ferry Tour points list in 2021.

NEXT PAGE: CALLAWAY DECIDE TO "PAUSE" RELATIONSHIP WITH PHIL MICKELSON