Bryson DeChambeau's agent has made a statement on behalf of the 28-year-old player ahead of the Arnold Palmer Invitational. 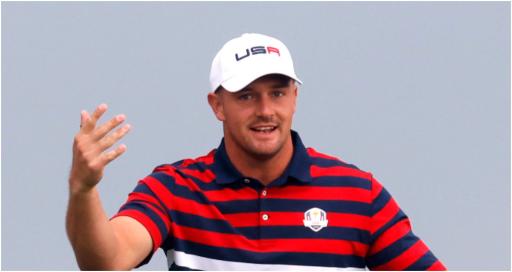 Bryson DeChambeau is planning to make his PGA Tour return next week to defend the Arnold Palmer Invitational, his agent has said.

Seeing that image again was thrown into doubt in recent weeks because of DeChambeau's alleged involvement with the SGL.

He was one of a number of players who were rumoured to be entertaining the idea of parting ways with the PGA Tour.

DeChambeau denied this was so but still released a statement declaring his allegiance to the PGA Tour "as of now".

"I want to make it clear that so long as the best players in the world are competing on the PGA Tour so will I," he said.

The SGL was dealt a hammer blow in the wake of Phil Mickelson's comments which led to an apology and a departure from the game.

In that email he ominously declared that, "this is just the beginning", as he accused Monahan of bullying PGA Tour players.

When Mickelson returns or if he is currently suspended or quite possibly banned by the PGA Tour is not yet known.

DeChambeau has been in rehab in recent weeks after sustaining injuries to his wrist and hip.

It forced his withdrawal from the Sony Open. He looked in visible agony at Farmers and withdrew from the Saudi International after 18 holes.

DeChambeau's agent, Brett Falkoff, confirmed to Golf Channel: "He's doing everything he can to be there.

"As of now, his full intention is to play." DeChambeau won by a margin of one stroke over Lee Westwood last year.

DeChambeau paid tribute to Tiger Woods after receiving a text from the cat before he began his final round.

"My heart has been heavy with what has been happening to him," a tearful DeChambeau said, referencing Woods' car crash.

The 2022 Arnold Palmer Invitational will take place between 3-6 March.

Next page: Rory McIlroy goes all philosophical to twist the knife