"I told the guys I as playing with, 'you don't want to get the s*** brought at you by Brooks. He has a big following, and he's kinda the tough guy on tour. He's an intimidating dude." 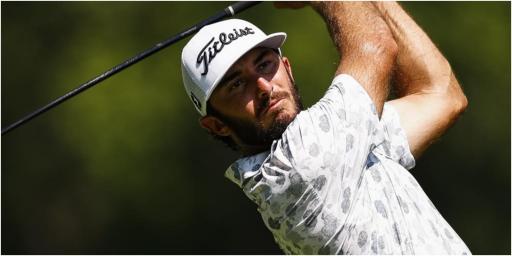 He's one of the rising stars of the PGA Tour who has vaulted himself up the rankings and into the spotlight over the last few years.

Now he has three wins it is easy to see why Max Homa could become golf's next big thing.

Afterall, his popularity on social media is through the roof and he's never shy from offering his opinion.

Now he's spoken about what he thinks of the unwinding tale of Brooks Koepka and Bryson DeChambeau.

The pair will peg it up in Las Vegas on 26 November for a 12-hole match after seemingly burying the hatchet after their Ryder Cup win.

That followed many months of never ending drama that seemed to spawn from Koepka being irritated about slow play in general.

Some PGA Tour professionals have quietly disclosed to journalists in private they feel non-plussed and irritated by the whole "feud".

The headlines were exhausting and they were confused about the origins of the rivalry, they said.

But to some their isn't enough drama going around and they simply enjoy seeing the fallout week on week.

Homa, 30, told Golf at the beginning he was a fan of their rivalry, adding: "This stuff was hilarious. I was playing with some guys at the Memorial when the Brooksy thing first began.

"Seeing him harassed is not funny, but I mean, when I saw the whole video come out I was like, 'wow Brooks is really going at this guy.'

"I told the guys I as playing with, 'you don't want to get the s*** brought at you by Brooks. He has a big following, and he's kinda the tough guy on tour. He's an intimidating dude."

The fifth edition of The Match involving DeChambeau and Koepka is sure to bring fanfare and tedious banter.

But Homa, who likes to roast swings people send to him online, told the publication: "It’s an awesome, genius plan, so you can’t knock the hustle."

RELATED: MEET THE PGA TOUR PRO WHO DRESSES LIKE DECHAMBEAU