Mito Pereira fell out of love with golf at the age of 15, but he went on to join the PGA Tour Latinoamérica in 2016 and the PGA Tour in 2021. 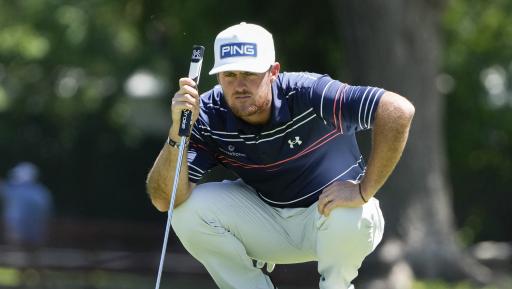 PGA Tour player Mito Pereira revealed that he gave up golf at the age of 15 because he got "bored," but has now become a competitor at the top of the world's best leaderboards.

Talking to Claude Harmon on the Off Course podcast, Pereira described how he fell out of love with golf in his teenage years as he focused on other things that young people focus on.

The 27-year-old was on the verge of major glory two weeks ago when he led at the US PGA Championship with one hole to go. Unfortunately, a double-bogey put an end to his chances of becoming golf's first major winner from Chile.

As we now know, Pereira rediscovered his clubs and so far, he has won three times on the Korn Ferry Tour, once on the PGA Tour Latinoamérica and three times in Chile.

"I played golf from three years old to 15. Just golf. And then I had a break from golf. I didn’t play for two years. I just got bored of it," Pereira said to Harmon.

"Because you know, I started parties at 15, girls. Friends in school that were just having a normal life. Every weekend I have to play golf. Just, enough of it.

"And I just did everything else like a normal person. I played soccer, I started dirt bike, motorbike, tennis. I used to play a lot of tennis when I was a kid, but I did everything. Just a normal high-school kid."

Pereira went on to have a fantastic amateur career. He won the Chilean Professional Tour's Abierto Internacional de Las Brisas de Chicureo at the age of 17 in 2013.

He played one year of college golf at Texas Tech from 2014 to 2015 and he reached number five in the amateur world rankings in 2015 before turning professional. He joined the Korn Ferry Tour in 2017 and in June 2021, he earned his PGA Tour card via the Three-Victory Promotion rule.

In 20 events in 2022, Pereira has come third twice and made three top-10s. He may have suffered heartbreak at Southern Hills, but he has earned $2,487,425 in prize money and his FedEx Cup ranking of 25 suggests he could be around for a while at the highest level.