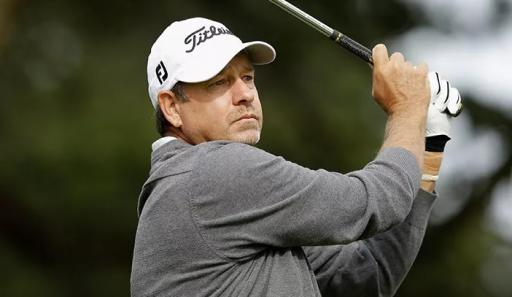 Three-time PGA Tour winner Bart Bryant was tragically killed in a car accident on Tuesday. He was 59 years old.

Bryant won the 2005 Memorial Tournament at Muirfield Village, scene of this week's PGA Tour event, as well as the 2004 Texas Open and the 2005 Tour Championship with a six-shot triumph over Tiger Woods.

He also won twice on the PGA Tour Champions with wins in the Dick's Sporting Goods Open in both 2013 and 2018.

The nature of the accident is not yet clear.

"The PGA Tour is saddened by the tragic passing of Bart Bryant and our hearts go out to his family and friends during this difficult time," said PGA Tour commissioner Jay Monahan.

"The Bryants have been a part of the PGA Tour family for over four decades and we are grateful for the impact and legacy he made on our organization and countless communities. Bart will be dearly missed."

Bryant is survived by his wife Donna, daughters Kristen and Michelle and his stepchildren. His first wife Cathy died in 2017.

A look back at the three wins Bart Bryant earned on TOUR.

Bryant did not win on the PGA Tour until his 187th start at the 2004 Texas Open when he was 41 years old. That week he became the oldest first-time winner on the PGA Tour in nine years.

When Bryant won the season-ending Tour Championship in 2005, it vaulted him to ninth on the money list with earnings well above $3 million.

That season, which also saw him win Jack Nicklaus' Memorial Tournament, proved his most successful. So much so he won more in 2005 in total than in his 18 previous seasons on the PGA Tour and lower-tier Nationwide Tour.

Our thoughts are very much with all of Bart's family and friends right now. RIP Bart.