The best putter in the game right now, according to Rory McIlroy

Rory McIlroy discusses whose putting game he admires most in the upper echelons of the game ahead of the Memorial. 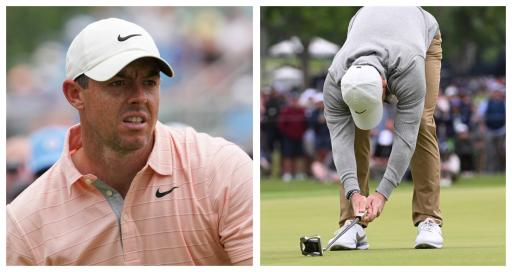 Rory McIlroy spoke to the media ahead of the Memorial on the PGA Tour in the wake of the shock announcement Dustin Johnson has made a dramatic U-Turn.

Naturally, McIlroy, 33, had some opinions on the subject, despite probably being sick to the back teeth of discussing it. "Indifferent" was one word used by the Northern Irishman.

The field, too, was certainly not something to jump up and down about and he certainly wants to try and at least put himself in his close friend’s shoes (G-Mac) choosing to play the LIV Golf opener. - Read here.

But aside from the LIV Golf drama the four-time major winner was asked about a number of topics. One of those included putting, and the best putters he has ever seen.

Naturally, there a whole host of great putters to choose from in the game that McIlroy admires right now.

McIlroy said: "Jordan Spieth is up there. I think especially from that sort of middle distance, every putt he hits is just like the perfect speed.

"I think that's one of the things I always notice when I play with Jordan."

He added: "I'd say one of guys with the best putting strokes out here right now, and this is maybe recency bias, but Sam Burns. I think Sam rolls it really, really well.

"Yeah, putting is one of those things where anyone can get hot for a few weeks or a few months. But I think we all know who are the consistently good putters out here.

"You know, someone like Denny McCarthy, he's up there in the stats every single year. But sort of from that upper echelon of guys, I'd put Jordan ahead of most people."