Sam Torrance spoke exclusively to GolfMagic about the DP World Tour and also the potential return of Tiger Woods. 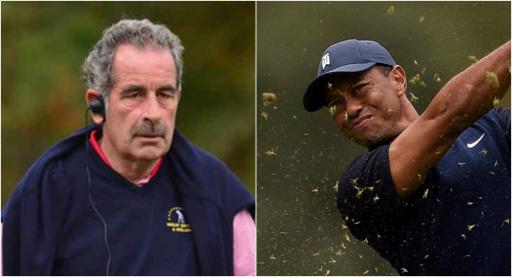 European golfing legend Sam Torrance refused to rule out the chance of Tiger Woods returning to the PGA Tour, despite his extended recovery from his serious injuries.

Woods was involved in a car accident in February. He required surgery on open fractures and other injuries to his lower body, but now he is in rehabilitation.

The 15-time major champion has been spotted on various occasions in 2021 walking without the aid of crutches and applying weight to his injured leg.

Torrance, who also spoke about the DP World Tour Championship with BoyleSports golf betting, said: "You’re talking about a man who won the US Open with a broken leg! And the one thing I have learned about Tiger is 'never say never'.

"I believe there was a picture of him, he is now walking with his full weight on his leg. Who knows what that man can do? It would be a huge ask to come back, but Ben Hogan did it."

"They thought he (Hogan) would never walk again and he came back and became a better player. Tiger is certainly in the twilight of his career at his age. And this will take years to get back to where he was, but who knows? He is Tiger, he writes his own stories."

Torrance, a 21-time winner on the European Tour and eight-time Ryder Cup player, outlined that it is important for Woods to return competitively, as opposed to just making up numbers.

The Scotsman captained the European Ryder Cup side in 2002 up against Woods and the US team led by Curtis Strange at The Belfry.

Torrance created one of the tournament's iconic moments with his emotional celebration at Europe's 15.5 - 12.5 win. Woods picked up two points throughout the three-day event.

RELATED: GOLF RULES: AFTER RORY SABBATINI DQ ON PGA TOUR, WHAT IS THE ACTUAL RULING?

Woods is also responsible for an iconic moment of the sport when he won The Masters in 2019, but Torrance believes the 45-year-old won't come back until he plays to the level he reached at Augusta two years ago.

"The one thing he won’t do is come back before he is ready and to think he could be ready in April. He is barely walking on his own, without the aid of a stick.

"Again, never say never with Tiger, but he won’t come out and embarrass himself. He will only come out if he is ready."

NEXT PAGE: "WHAT'S UP WITH THE T-REX ARMS?": GOLF FANS REACT TO BIZARRE PRE-SHOT ROUTINE