Talor Gooch leads by three shots with just one round remaining at Sea Island Golf Club. 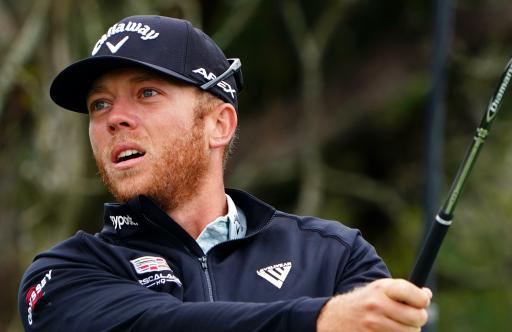 Talor Gooch is primed and ready to secure his first victory on the PGA Tour as he holds a three-shot lead after 54 holes at the RSM Classic.

Gooch fired an impressive 67 on day three at the Seaside Course to reach 16-under-par for the week. It is the first 54-hole lead of his PGA Tour career.

With scores of 64 and 65 in the first two rounds, he has now recorded 196 shots in the first three rounds twice in his last three starts, which is his personal best.

He led by one shot ahead of John Huh and Sebastian Munoz heading into the weekend and the 30-year-old began well with two birdies in his opening five holes.

Seamus Power, who is looking for his second win on the PGA Tour, made birdies on the 7th hole and the 9th hole to reach 11-under-par.

First birdie on the back nine. @TalorGooch leads by 2. pic.twitter.com/oQEcb67LDB

The Irishman, who won the 2021 Barbasol Championship, chipped in for a brilliant eagle on the par-5 15th hole to tie for the lead on 14-under-par.

Gooch went about his business consistently and calmly. Although he bogeyed the 10th hole, he found the first birdie of his back nine on the 15th hole to reach 15-under-par to lead by two shots.

Power bogeyed the 16th hole to finish with a 3-under-par 67. Gooch shot the same score and Power lies three behind in tied second place with Sebastian Munoz.

Luke List, who finished tied 11th at the Houston Open, birdied his last four holes to get within five shots of the lead on 11-under-par on day three in Georgia.

Englishman David Skinns is one shot further back on 10-under-par, while fellow countryman Aaron Rai is on 9-under-par after a third-round score of 68.