Zalatoris claimed the honour after eight top-10 finishes in his maiden season which included a wonderful Masters performance. 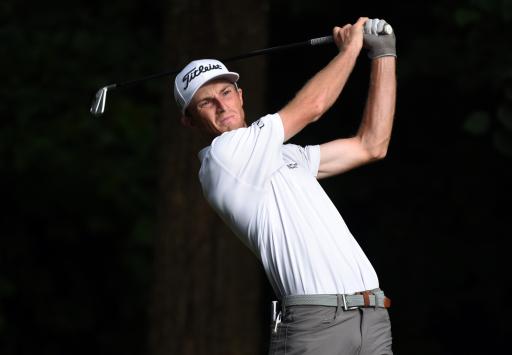 The skinny kid who dazzled us with his Masters performance that belied his years has been voted PGA Tour Rookie of The Year - despite not officially having Tour status.

Will Zalatoris, who is nicknamed Big Z, had a simply sensational season and joins a list of previous winners including Jordan Spieth, Xander Schauffele and everybody's favourite Rickie Fowler.

The 25-year-old doesn't have full-time PGA Tour status, but he made 21 of 24 cuts this season and finished in the top-25 in 14 of those starts, including top-10 finishes in all but one major in five starts.

Zalatoris finished just one stroke behind Hideki Matsuyama at this year's Masters in April and, he tied for sixth at the 2020 U.S. Open - performances that have seen him rise to 31 in the world rankings.

His future is bright.@WillZalatoris is the 2021 Rookie of the Year. pic.twitter.com/uRP9lj8He4

PGA Tour commisioner Jay Monahan said: "Will's success, despite not having PGA Tour membership status at the outset of the 2020-21 season, is a testament to not only his ability but also his hard work and attitude."

Zalatoris beat two other rookies on Tour last season in South Africa's Garrick Higgo and Puerto Rican Rafael Campos to the award - which is voted by the Tour's membership.

He joined the Tour as a special temporary member in November and collected 1,296 non-member FedExCup points to earn full-time membership for next season.

Zalatoris, who was the only player to shoot four rounds under-par at the 2021 Masters, will peg it up at this week's Fortinet Championship to open up his first full season on the PGA Tour.

What do you do when you win Rookie of the Year? You get back to work.