You won't believe how QUICK Dustin Johnson grows a beard - THIS IS UNBELIEVABLE!

No wonder we are all so used to seeing Dustin Johnson with a thick, brown beard on the PGA Tour... 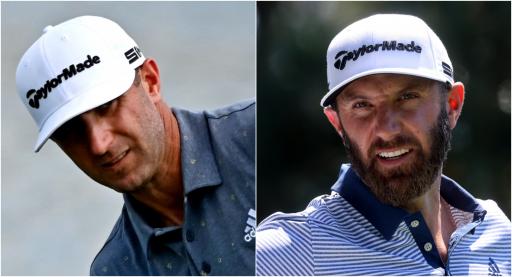 It seemed only the other day that Dustin Johnson had shaved his thick, brown beard off to the surprise and amazement of many golf fans on social media.

The two-time major champion donned a clean-shaven look for the Tour Championship and it is hard to think of the last time when we saw him without his beard.

But to our surprise once again, Johnson was seen strutting into Whistling Straits with his full beard and he has now shown that he has the ability to grow a big beard in a short space of time.

Spotted at the Straits today pic.twitter.com/5FKdEnjUY1

When the former World No. 1 shaved his beard off for the PGA Tour season finale at East Lake, this left a lot of golf fans shocked and surprised and it was actually difficult to recognise the big American.

The American Ryder Cup side arrived at the Wisconsin venue to begin their preparations for the matches which begin on September 24.

Johnson has a 7-9-0 record at the famous event and will be making his fifth appearance for Steve Stricker's team.

He will be rocking his classic look with his thick beard once again, but when he temporarily took it off, many golf fans were stunned:

So glad Dustin Johnson cleaned up that beard. He looks 10 years younger.

Dustin Johnson without a beard is frightening

Dustin Johnson without a beard looks like a chicken without feathers.

dustin johnson without a beard makes me extremely uncomfortable.