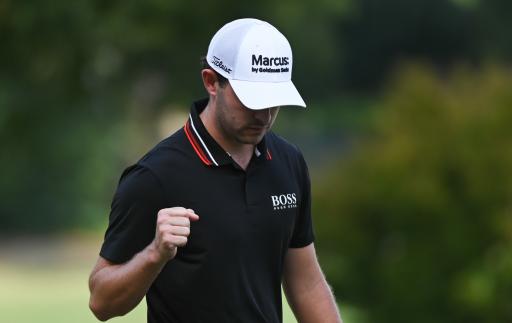 Patrick Cantlay opened up a two-shot lead on Jon Rahm after the third round of the Tour Championship following a steady 67 on Saturday.

Cantlay, 29, picked up his fifth PGA Tour title last week in a playoff over Bryson DeChambeau at the BMW Championship to move to the top of the FedEx Cup standings.

It's all in The Takeaway presented by @FedEx. pic.twitter.com/abNFAnPcBi

The American, who started the week on 10-under par, now finds himself at 20-under par for the week and two shots clear of World No.1 Rahm, who carded a 68 in the third round.

Cantlay moved four shots clear of Rahm around the turn with four birdies in the space of five holes from the 6th, but he then made three bogeys on the next six holes to move just one shot clear.

To his credit, Cantlay composed himself down the par-5 18th by making a birdie to take a two-shot lead into the final round.

Rahm was not particularly impressed with his game on Saturday, but admits he is hoping to come out firing on Sunday.

"Hopefully tomorrow, I can bring my A-game and give this guy in front of me a little bit of a run," said Rahm.

The winner of the Tour Championship will win the FedEx Cup, which comes with a whopping $15 million first prize.

Justin Thomas finds himself five shots back in his bid to win the FedEx Cup for a second time.

Kevin Na is in fourth on 13-under par.