Patrick Cantlay: What's in the bag of the two-time Memorial Tournament winner?

Patrick Cantlay picked up his second victory at the Memorial Tournament of his career on Sunday, beating Collin Morikawa in a playoff. 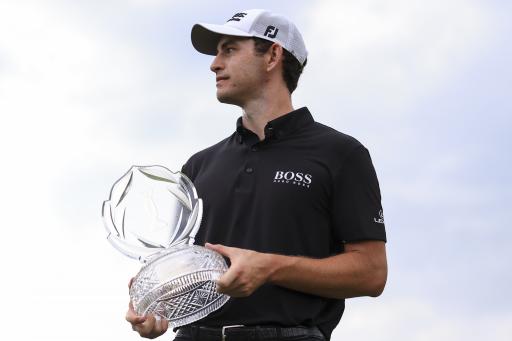 Patrick Cantlay came out victorious at the Memorial Tournament on Sunday after beating Collin Morikawa in a playoff at Muirfield Village.

The World No. 15 holed a crucial birdie putt on the 17th hole to draw level with Morikawa on 13-under-par. In the sudden-death playoff, both players missed the green with their approach shots.

However, Cantlay rolled in another important putt for par, but his World No. 6 opponent failed to get up and down from the greenside bunker.

This was Cantlay's fourth victory on the PGA Tour and it was also his second win at the event which is hosted by Jack Nicklaus, following up on his win in 2019.

In his post-round interview, Cantlay addressed how things would be very different if Jon Rahm had not been forced to withdraw, however, he took his chance and went on to victory.

Cantlay signed with Titleist very shortly after becoming a professional golfer in 2012 and he has stuck with the popular brand ever since.