Patrick Reed spoke to the media ahead of the Rocket Mortgage Classic this week, discussing his amazing memories from the 2016 Olympics in Brazil. 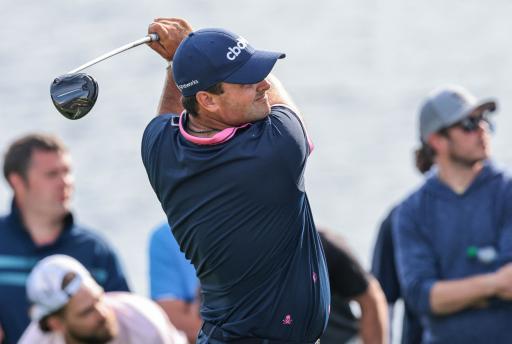 Patrick Reed will not be representing America at the Tokyo Olympics this summer, but he is still able to reminisce on his experience at the games from 2016.

However, the former Masters champion described a moment that stuck in his mind that was very much non-golf-related, when he went to watch the popular swimming events.

In Brazil in 2016, Michael Phelps won a staggering five gold medals to take his career tally to 23 gold medals and Reed could not help but indulge in his amazing memories of watching Phelps compete.

"I think the most memorable moment at the Olympics was going and watching Phelps swim," said Reed.

"We didn't get to meet any of the athletes while we were there. You have all these different sections and the golf course and where we were all staying was a lot farther out.

"So we didn't stay in the village or anything like that. But coming in and watching Phelps swim and just the dominance he had in the pool and just kind of the zone you could tell he was getting into before the races.

"You had a lot of guys kind of looking around that were racing and stuff like that and he nonstop was just staring down the lane that he was in, just basically getting in his zone getting ready for the race. Just to see how he went about things was amazing."

Reed may have been swept away by the legend of Phelps, but the World No. 9 did himself and his country proud by coming tied 11th at the Olympic Golf Course in Rio de Janeiro.

The 31-year-old fired a final round of 64 to surge up the leaderboard and finish on 6-under-par for the tournament, 10 shots behind the gold medalist Justin Rose.

Reed's compatriot Matt Kuchar managed to secure third place and a special bronze medal after the 43-year-old finished four shots ahead of Thomas Pieters on 13-under-par.

NEXT PAGE: TICKET BALLOT FOR THE 2022 OPEN CHAMPIONSHIP AT ST. ANDREWS OPENS TODAY!