Patrick Reed: "He needs to work hard to reverse this perception" 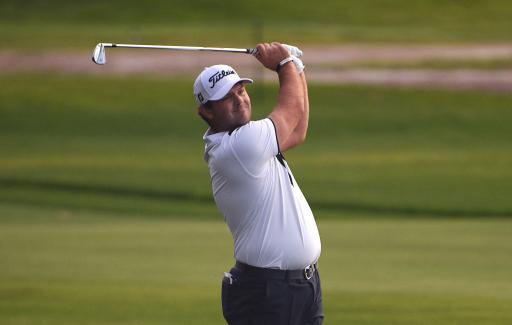 European Tour pro Stephen Gallacher believes the manner in which Patrick Reed went about his embedded golf ball ruling at Torrey Pines last week was "not right" and that the American "does not do himself any favours."

Gallacher, who fired a blistering 8-under 62 to move one stroke behind David Horsey on day one of the Saudi International, penned his comments about Reed in his latest column for The Press and Journal today.

"This isn’t the first time that Patrick has been involved in an incident like this – there have been at least two or three now," wrote Gallacher, a four-time European Tour winner who also represented Europe at the 2014 Ryder Cup.

"If you think your ball is plugged, the normal thing to do would be to put a tee down, check to see if it is embedded and then call for a rules official.

"You wouldn’t pick it up and then call someone over.

"If the ball has already been moved by the time the rules official turns up then he doesn’t have a starting point.

"The referee needs to see the ball in situ, then pick it up himself to deem if it has broken the ground.

"The manner Patrick went about it wasn’t right, so it is not surprising to see a few of his colleagues on the PGA Tour coming out and questioning it.

"No golfer wants to get that type of reputation, but Patrick is getting one because he has been involved in so many of these incidents. He doesn’t do himself any favours.

"Of course, you can get a reputation like that wrongly, but even if that is the case you have to make sure that you are being overcautious if you had been involved in infringements like that and making sure you are doing everything to the letter.

"He is such a talented player and he went on to win that event by five shots, but it was completely overshadowed.

"Patrick likes to play on the European Tour, which is good for us, but you don’t want to get a reputation and people questioning whether you have tried to gain an advantage.

"He needs to work hard to reverse this perception and start going about his business differently.