Paul Casey concedes his R1 match with Corey Conners through injury on the 2nd hole. 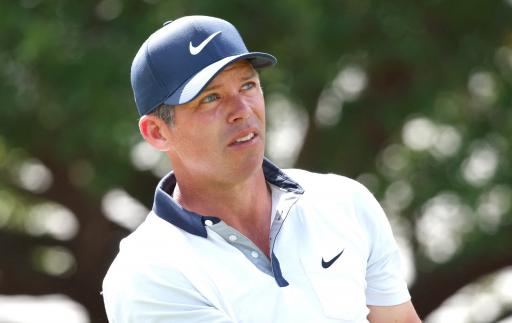 Paul Casey was forced to concede his match to Corey Conners through injury on the 2nd hole in round one at the WGC Match Play.

Casey had moved into a 1 up lead with a par on the 1st hole but then things went badly wrong for him on the 2nd as he hooked his drive well left into the native area.

Updated: Paul Casey FORCED OUT of his second round match with Alex Noren

The Englishman then re-loaded from the tee and sent his ball down the fairway, but then Casey sent his fourth shot once again into the native area down the left side of the hole.

He trudged over to Conners in discomfort and shook his hand to concede the match to the Canadian.

Casey is understood to be struggling with a back injury.

He will now be receiving back treatment from a physio with hope that he can still continue in the tournament where he will face fellow European Ryder Cup star Alex Noren on Thursday.

Casey conceded the match due to injury (thru 2). Casey has not conceded Thursday and Friday matches.

According to the PGA Tour, Casey has not yet withdrawn from the rest of the tournament and he is still down to play Noren on Thursday and Louis Oosthuizen on Friday in Group 10.

Conners receives a point for being conceded the match, while Casey is on 0 points.

Casey has been in solid form of late with four top-20 finishes so far in 2022 including an impressive solo third at The Players Championship two weeks ago.