Paul Casey has withdrawn from his second match in the WGC Match Play against Alex Noren due to an ongoing back issue. 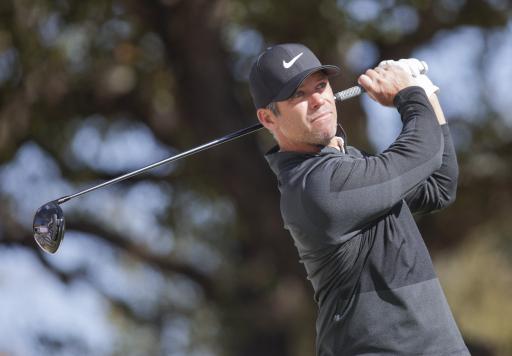 Paul Casey has withdrawn from his second successive match at the WGC Match Play due to an ongoing issue with his back.

The Englishman was due to face Alex Noren in the second round of group matches on Thursday at Austin Country Club, but he has withdrawn before teeing it up.

Related: Paul Casey FORCED OUT of his opening round match against Corey Conners

On Wednesday, Casey had to withdraw after two holes in his first Group 10 match against Corey Conners. He now has 0 points in two matches.

"The pain I’m feeling is in the lower back, left side, it’s like spasms and I saw Jason in the truck yesterday and he said your glutes are not firing which made me giggle. Clearly, it is a thing when you get to your 40s... and that’s what is causing the pain and spasms up the back," Casey said.

Match 2: Paul Casey has conceded the match to Alex Noren due to an ongoing back injury.

"Jason was really good in the truck. We did everything to try to play. We taped up my back, we did ice, we did physio, we did heat, we did drugs.

"I wanted to play but even after another round of treatment this morning it was tender on the putting green, started to feel it on the chipping green and then couldn't get past a 9-iron (on the range)."

The 44-year-old doesn't know where the injury has come from, but suspects it could be from the strenuous conditions at The Players Championship where he finished third.

Casey has also now decided to withdraw from his round three match with Louis Oosthuizen, meaning the South African receives a point but it matters little as neither player can qualify.

Alex Noren and Corey Conners will now battle it out on Friday to see who progresses into the knockout stage.