Paul Casey shot a 3-under par opening round at Copperhead as he looks to win his third Valspar Championship in a row. 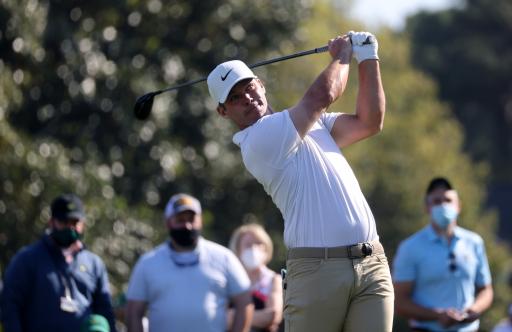 Paul Casey got off to a strong start at Copperhead as he looks to win his third Valspar Championship title in a row.

The Englishman shot a 3-under par round of 68 on Thursday to sit in a tie for 14th, four shots behind leader Keegan Bradley.

With last year's Valspar Championship cancelled due to the coronavirus pandemic, Casey is still the defending champion having won the event in 2019, where he successfully defended his 2018 title.

"It's nice to finally be back, two years after I wanted to be back defending," said Casey. "The golf course is as good and as tough as it's ever been and I played a nice solid round of golf. Got the bogey out of the way early and then just played some good golf after that.

"So pretty happy with that start, it can be treacherous here. A three-peat has been talked about a lot and will be talked about until I'm done here, and I just want to kind of hang around, which is kind of what I did today.

"I certainly can't win it today but I want to hang around. It's a tough thing to do a three-peat, I think only 10 guys have done it, something like that. So we'll see what happens."

Casey will look to close the gap on Bradley on Friday, who made four birdies in his final five holes en route to an impressive 7-under par round of 64.

Bradley's scorecard for the opening round was without a single bogey and the 34-year-old said he played with "zero stress" as he made light work of one of the most challenging courses on the PGA Tour season.

"Today was just an all-around great day," said Bradley. "Basically zero stress the whole day. I didn't really come close to making a bogey, so that was a really fun day to be out there and playing well.

"I know that I'm going to have some bogeys and some stress coming, but as for today, I played so good and it feels good to go around a course like this and shoot that score. This is a tough track, it demands a lot, ball striking-wise and I did that today."

The Valspar Championship features a strong field that includes the top two players in the world, with Dustin Johnson shooting a level par round on Thursday, while Justin Thomas missed multiple putts for birdie, but still shot a 2-under par opening round on his 28th birthday.