The PGA Tour has announced four key innovations to the schedule in 2023 in order to tackle the growth of the LIV Golf Tour. 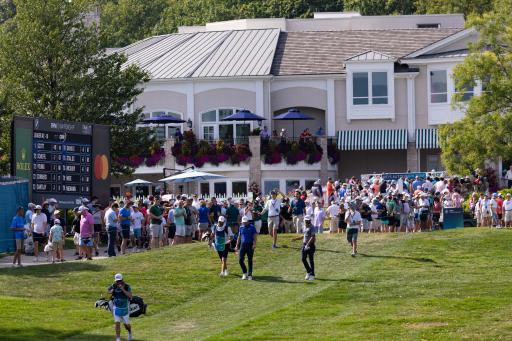 The PGA Tour announced new enhancements to its schedule which will "better serve its players, fans, sponsors and media partners."

On Wednesday at the Tour Championship, commissioner Jay Monahan listed four key items which include 12 Elevated Events in 2023, a commitment from the top players to play 20 events, an expansion of the Player Impact Program and guaranteed minimum earnings.

Four new Elevated Events bring the total to 12 and the top players, which means players in the top 20 of the PIP, have committed to play in all 12 events as well as all four major championships, The Players Championship and three added events of their choosing.

Players will receive their PIP bonus at the end of the season after competing in the 12 Elevated Events and three non-elevated events.

The added Elevated Events will be announced in the coming weeks and they will have purses of $20 million. The current Elevated Events are the Sentry Tournament of Champions, The Genesis Invitational, Arnold Palmer Invitational presented by Mastercard, Memorial Tournament presented by Workday, World Golf Championships-Dell Technologies Match Play and the three FedExCup Playoffs events.

Overview of changes announced to future scheduling and compensation

Top players will commit to at least a 20-event PGA TOUR schedule (assuming they qualify), which includes: pic.twitter.com/Qb5HXMwOFL

The Player Impact Program will double the overall award to $100 million to 20 players who connect most with fans and the media. New metrics will be used to show more awareness of both hardcore and casual golf fans.

The Earnings Assurance Program is for fully exempt members from the Korn Ferry Tour category and above. This has a guaranteed league minimum of $500,000 per player, but they must play in at least 15 events. This replaces the 'Play15' program and rookies and returning members will receive money upfront.

—$5,000 for missed cuts
—Getting to Tour Championship comes with a two-year exemption
—No more 15-season minimum for lifetime membership. So Rory McIlroy, Justin Thomas immediately have it. pic.twitter.com/JXyiXX09Qz

The Travel Stipend Program is for non-exempt members in the 126-150 category and below. These players will receive $5,000 for every missed cut and this will help to subsidise travel and tournament-related expenses.

"Today is a culmination of a strengthened partnership between the Tour and the players, and amongst the players themselves. It’s unprecedented for our Tour and a testament to who these guys are and what they believe in," said Monahan.

These wholesale changes have been announced ahead of the season-ending finale at East Lake where one golfer will pick up the winning FedEx Cup bonus of $18 million.

With the progress of the LIV Golf Tour gathering pace and the prospect of seven new players being signed by Greg Norman on August 29, this is a particularly significant announcement from the Tour.