PGA Tour caddie is hired and then immediately FIRED!

PGA Tour caddie Brent Henley reveals he was fired by a player all within 24 hours. 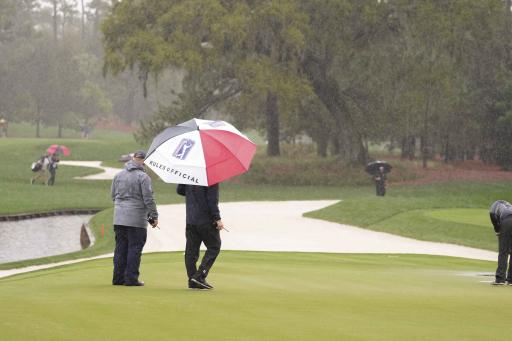 PGA Tour caddie Brent Henley, who has caddied on the circuit for more than 20 years, has revealed he was hired and fired by a PGA Tour player all within the space of 24 hours.

Henley is the younger brother of Kip Henley who used to caddie for the likes of Vijay Singh and Stewart Cink.

Brent has not identified the PGA Tour pro in question, or whether or not the axing happened at The Players Championship this week, but given he dropped the tweet on Thursday this week there is strong evidence to suggest it did occur at TPC Sawgrass.

One follower pressed Henley to name the player, but he said that he would not be disclosing such information.

I got hired and fired in less than 24 hours!! Never caddied 1 hole for the guy. That is a first. . In @KipHenley words “caddying ain’t easy”.

"I got hired and fired in less than 24 hours," tweeted Brent.

"Never caddied 1 hole for the guy. That is a first [laughter emojis].

He also picked up a win in his first ever tournament as a PGA Tour caddie when helping Garrett Willis over the line at the 2001 Tucson Open.

"Does any other country but the USA have athletes kneeling during their national anthem?" Henley wrote on Twitter last summer.

"No other country has more foreign born citizens than us. Something is not adding up."

"If people think there's no cheating out there, they're crazy. Some of it's intentional, some of it's just ignorance.

Next Page: Collin Morikawa hits a COLD TOP in the first round at The Players