Kip Henley says: "If people think there's no cheating out there, they're crazy. 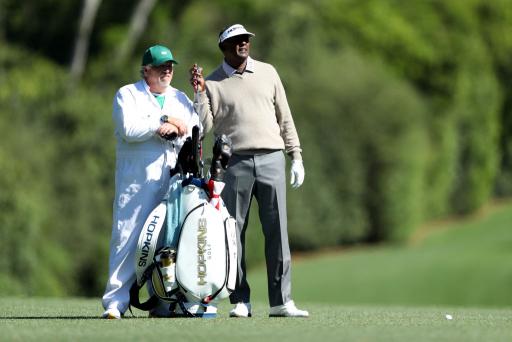 Vijay Singh's former caddie Kip Henley has revealed in a remarkably open interview with Golf.com that "cheating happens almost every single round" on the PGA Tour.

Henley, a failed mini-Tour player and winner of the old reality TV show 'Big Break', stepped down from working with Singh last year. He also worked with Brian Gay for 10 years.

Now taking some time out the game before 'seeking gainful employment', Henley may be waiting a little longer for his next appointment following his latest disclosure.

"If people think there's no cheating out there, they're crazy. Some of it's intentional, some of it's just ignorance.

"If a caddie is paying attention and understands the rules and knows what the guy is doing, and sees the situation setting up and then quietly pays attention without them realising you're paying attention, you'll see a lot of stuff."

Henley explained that most examples of cheating occur on the green.

"There's coin fudging, that happens," he added. "It's not rampant but it's kind of rampant, you see it pretty good. But there's other stuff."

As for handing any of the culprits into the PGA Tour, Henley says there is absolute no chance.

"Cheating is a weird, weird thing," he said.

"I'll get killed for this, but unless something crazy happens, a caddie can't call out a player. You can't do it.

While Henley wouldn't discuss other examples of cheating, he admitted coin fudging is one of them (Getty Images)

"The code says you are obligated to, but I mean if it's not something super flagrant you got to pull the old Judge Smails and look the other way!

"I'll get killed for that, my career is over!"

"I love Phil. He'll talk to the caddies just as much as he talks to the players. I think the guy is awesome."

Listen to the full interview with Henley here.