PGA Tour: How much is six-time major champion Phil Mickelson worth in 2022?

Phil Mickelson took aim at the PGA Tour over access to each player's media archives this week, which he claimed to be worth billions. 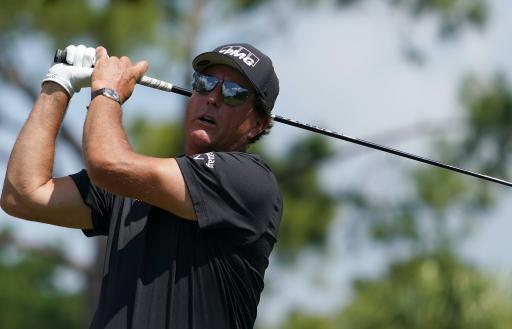 Phil Mickelson launched a barrage of criticism towards the PGA Tour this week over their possession of each player's shot footage and action.

Mickelson described the tour's concealing of footage, said to be worth billions of dollars, as "greed" and "beyond obnoxious." He revealed he does not have media access to his own shots.

The six-time major champion also revealed that each time he has participated in The Match, he has been asked to pay $1 million to the PGA Tour for his own media rights.

Golf is currently mixing around in a world of money and greed with the emergence of the International Series on the Asian Tour, but greed is certainly not a word associated with the career of Mickelson.

He is a true legend of the game. His win at the PGA Championship was iconic and this was his 45th win on the PGA Tour.

In his professional career, which began in 1992, he has earned $94,955,060. Only Tiger Woods has made more money from PGA Tour events than Lefty.

Although it hasn't been confirmed yet, it was reported back in December that Mickelson has won the $8 million top prize from the Players Impact Program.

On December 29, the 51-year-old posted a celebratory tweet for finishing in the top spot of the leaderboard that rated players based on Google searches, brand exposure and social media interaction.

His demeanour and character on the golf course have earned him a fantastic and loyal fanbase that has seen him thrill for 30 years now in the professional game.

Along the way, he has built a lucrative partnership with Callaway. He is also sponsored by the likes of KPMG, Workday, Rolex, Amstel, Vista Jet and Mizzen + Main.

It is reported that Phil Mickelson's net worth is approximately $400 million. This could be set to increase if his rocky relationship with the PGA Tour culminates in deferring to the Saudi-backed International Series.