Rory McIlroy is the hot favourite to win his second Irish Open at Mount Juliet this week and he will have the edge on the field with his power and distance. 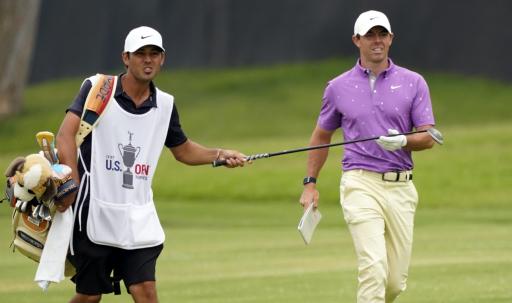 Rory McIlroy returns to Ireland this week to play in the Irish Open at Mount Juliet as he looks to double his tally in the prestigious tournament on the European Tour.

Ahead of the big week in Kilkenny, GolfMagic has revealed the stock yardages of each club in McIlroy's bag, and it is fair to say that he will hold a significant advantage with his power and distance at the Irish Open.

Although the Northern Irishman couldn't mount a strong final-day bid at the US Open at Torrey Pines, he still finished in a tie for seventh place which is an improvement on the inconsistent form we have seen from him this season.

According to his stock yardages, the four-time major winner hits his driver a staggering 326 yards, which is far longer than many of us can dream of hitting our golf ball.

The stock yardage for his five-wood is 273 yards, which is nearly as far as many top amateurs hit their drivers. McIlroy has always had a strong and powerful swing and he was destined to lead the way in hitting distances.

What is also very eye-catching from these statistics is the incredible 148-yard mark for his pitching wedge. Looking at these numbers, it just goes to show how helpful it can be to generate so much power and to hit the ball so far.

In the 2021 season, the 19-time PGA Tour winner has had his ups and downs. He has missed three cuts, all of which came in the space of six weeks.

Alternatively, he picked up a memorable win at the Wells Fargo Championship which was his third win at the event, so he has shown that he still has a winning instinct.

I'm sure that there will be hundreds of fans at Mount Juliet this week cheering McIlroy on, as he looks to build on his victory at the Irish Open from 2016.