Brooks Koepka encountered some trouble with a sprinkler head on the third hole at the Honda Classic, but why was he given relief? 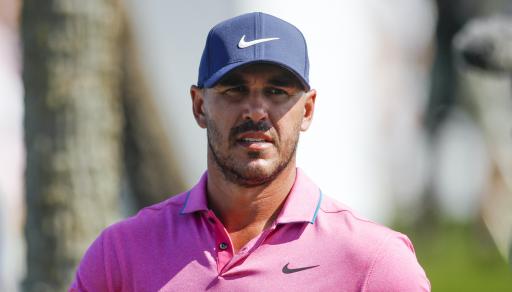 Brooks Koepka used a new rule regarding sprinkler heads to his advantage during the second round of the Honda Classic on Friday.

The four-time major champion was on the fringe of the third green, but a sprinkler head was placed in the path of his ball and the hole.

Koepka was able to take a drop and move his ball into a position where the sprinkler head was no longer in his way. But why was he allowed to do this?

RELATED: PGA TOUR PRO HITS ALL 18 GREENS AT HONDA CLASSIC - HAS THIS BEEN DONE BEFORE?

You learn something new everyday… pic.twitter.com/QA1RrCNQO0

It is general relief, so Koepka had to find a point within one club-length of where his ball was where his shot was no longer affected by the sprinkler heads.

As you can see in the footage above, the 31-year-old had to drop the ball twice because on the first drop, the ball rolled outside of the one club-length allowance.

Koepka went on to make a par on the hole, but his round was frustrating. He shot a 2-over-par 72 to finish on level-par for the week.

He is 10 shots behind leader Daniel Berger and although he finished tied third at the WM Phoenix Open, he missed the cut again at the Genesis Invitational last week.

Koepka, a winner of eight PGA Tour events, is certainly not a player to rule out at any tournament, but currently, taking drops on the edge of putting greens are the only highlights of his rounds.