Keegan Bradley docked two shots thanks to another one of golf's ridiculous rules. 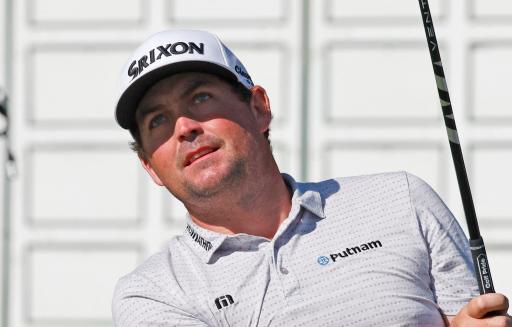 PGA Tour pro Keegan Bradley was docked two shots on the 16th hole after falling foul of one of golf's most ridiculous rules on the putting green in the second round of The Players Championship at TPC Sawgrass.

Bradley sent a superb second shot onto the green to some 70 feet for eagle. He then placed his marker down behind the ball, leaving his ball on the green.

Then a gust of wind picked up and moved his ball. After it came to rest, Bradley then picked up his ball and placed it ahead of its original mark on the green.

Unfortunately, that is against the rules of golf under Rule 13.1 D.

Bradley, the 2011 US PGA champion, was supposed to play from the ball's new location due to the gust of wind.

I’ll be … learned something new. Had no idea the rule was this specific to “lifted” after marked. You’d think marked would be enough? @USGA @RandA #KeeganBradley pic.twitter.com/HOzKYjwzCq

It would cost Bradley two shots, turning his par into a double-bogey seven, and a superb round of 69 to a 71.

"I guarantee most of the entire field thought the USGA changed the rule to simplify it - put your coin down, that’s where your ball is,’" said Bradley, a four-time PGA Tour winner.

"So put my coin down, the ball moved, a huge gust of wind came up. I looked at the guys in my group and we all said, ‘Yep, the coin was down first, all good.’

"[I] didn’t think about it again until [the rules official] came up and spoke to me on No. 2. [I’m] proud of the way I handled that because that was tough news, especially with some tough holes in front of me."

Despite losing two shots, Bradley's round of 1-under 71 was still one of the best rounds of Saturday in the high winds.

Bradley lies at 1-under par for two rounds but has comfortably made the halfway cut.

"This is as tough as golf as you’re ever going to play," said Bradley.

"This is a course you want to play under no [adverse] conditions because of how tough the shots are. And to play in this wind, to play like that, that was really, really a special round."

Next Page: Justin Thomas "blacked out" at The Players Championship