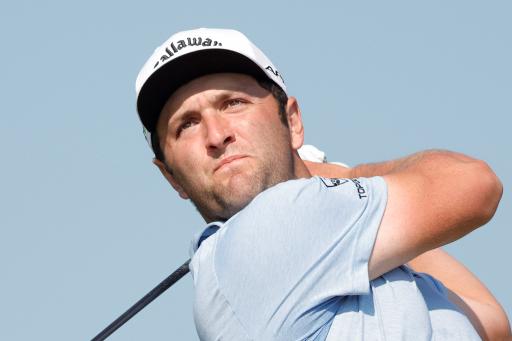 Jon Rahm has been cleared by health officials to compete in this week's US Open at Torrey Pines as the Spaniard goes in search of landing his maiden major title.

Rahm arguably suffered one of the most unluckiest moments in PGA Tour history two weeks ago when he raced into a commanding six-shot lead after 54 holes at the Memorial Tournament, only to walk off the 18th green and be told he would have to withdraw due to a positive Covid test.

He had been playing some of the best golf of his entire career at Muirfield Village that week, but it mattered little as he was forced to bow out of the tournament and let those behind him fight out Jack Nicklaus' famous tournament.

Patrick Cantlay went on to defeat Collin Morikawa in a playoff to seal his second Memorial title in three years.

The decision for Rahm to withdraw when he had one hand on the trophy divided opinion among golf fans around the world, with some suggesting he should have been able to play on his own in the final round in order to see out the tournament.

But rules are rules, and Rahm to his credit took the decision in his stride and followed the PGA Tour's procedure to isolate and remove himself from competition.

On Saturday, however, Rahm revealed he has now had two negative tests and will be able to compete in golf's third major of the season - much to the delight of golf fans around the world.

"After 2 negative tests in a 24 hour span and being cleared by health officials, it's time to get ready for the US Open. Vamos!" posted Rahm on his social media accounts.

Judging by the response to our social media post on Rahm's imminent return at the US Open, it would appear some golf fans still aren't quite over what happened at Muirfield Village two weeks ago.

"I don't see why you couldn't finish your round with a mask on, and why players round you could continue. Double standards," wrote one golf fan.

Another commented: "I think it would only be right if Jon Rahm wins the US Open."

"After getting robbed of 1.7 million over a hoax," said another golf fan.

One golf fan wrote: "If the PGA was really concerned about Covid they would have stopped play, and the Tour, until everyone was cleared."

"PGA did him wrong," said another golf fan. "It must have been a false positive. Pathetic, absolutely ridiculous."

NEXT PAGE: DUSTIN JOHNSON UP TO THIRD IN THE PGA TOUR'S ALL-TIME CAREER MONEY LIST