For the first time in his career, Collin Morikawa has hired a putting coach to help him return to the form that saw him win two major championships on debut. 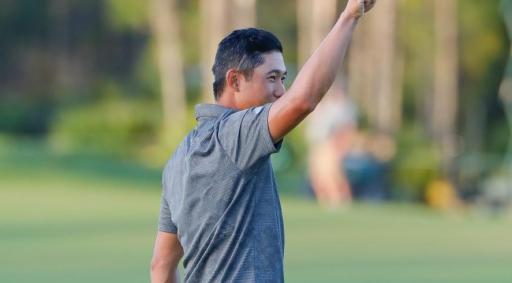 Two-time major champion Collin Morikawa has employed a new putting coach for the first time in his career as Irish-born Stephen Sweeney joins the team.

Speaking to Golfweek, Sweeney said that Morikawa is "excited about the direction they are moving in" as the American looks to return to the form that saw him become an Open champion and US PGA champion both on debut.

The statistics on the PGA Tour website show that Morikawa is 202nd in strokes gained in putting, but this is only through four measured rounds. However, in the 2022 season, he was ranked 131st in this discipline and 102nd in total putting.

But interestingly, in the year he won the Claret Jug and the Workday Championship, he was ranked 178th in strokes gained in putting. So the 25-year-old has never excelled on the greens.

Morikawa came second twice last season but didn't manage to notch his sixth win on Tour. He's still one of the best young golfers in the world with his career ahead of him, but Morikawa clearly feels this part of his short game needs addressing.

"We talked Sunday to get a feel for direction then we worked into the darkness in Mayakoba on Monday. Tuesday we worked before and after his round and on Wednesday before his pro-am," Sweeney said to Golfweek.
"We are not numbers-driven right now because we don’t have clear stats. I don’t know how close he’s hitting the ball to the hole. But he’s excited about the direction it’s moving in.
"He had no real structure around his putting. He was very feel-oriented. And the feel he used to win the PGA was very different than what he used to win the Open. He would get hot with his putting and wouldn’t know why, and then wouldn’t know why he got cold.
"That’s something he has in his full swing. When he misses a shot left or right, he knows why. He doesn’t have that baseline with his putting."

Sweeney also works with the likes of Shane Lowry, Aaron Wise and Mito Pereira on the Tour, as well as Joaquin Niemann and Carlos Ortiz on the LIV Golf Tour.

Morikawa is currently in tied 16th place at the World Wide Technology Championship. In the third round, he shot a 68 with a putting average of 1.769, better than the week's average of 1.683.

Morikawa didn't take that kindly to some comments made by Trevor Immelman about his game after Saturday's play. The Presidents Cup captain suggested that Morikawa may have already met his bar.

"Wow, that's hard to hear from him - To be honest, I could care less what he says there because I don't think that's my bar.
"I think I've got so much more to improve. I've been near last on putting and I don't think I've even finished close to being average on putting. If I just get my putting to be average I think there is so much more to improve.
"So I don't know, I don't know where that came from but that kind of stings there, I don't like to hear that."

Next page: PGA Tour pro makes ace but he didn't even realise!