Hudson Swafford overturned a three-shot deficit at the PGA West Stadium Course to seal the third PGA Tour victory of his career at The American Express. 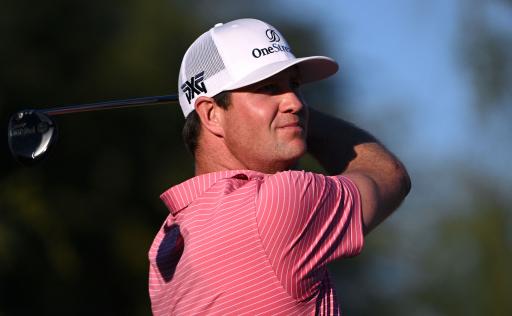 It was an incredibly competitive and dramatic final round at The American Express but it was Hudson Swafford who finally came out on top in California.

Swafford began his round on 15-under-par and three shots behind co-leaders Lee Hodges and Paul Barjon, who were both looking for their first win on the PGA Tour.

Swafford, 34, played his first nine holes at the PGA West Stadium Course on Sunday in 3-under-par and he only made one par in an eventful back nine.

He birdied the 10th, 11th and 12th holes but stumbled on the 13th and 15th holes. The man born in Florida then made a clutch eagle at the 16th hole to take a two-shot lead with two holes to play.

An emphatic par to seal the victory.

Despite showing a touch of nerves on the 72nd hole, his par was enough to secure an emotional victory which was his second at the tournament and the third of his PGA Tour career.

He finished on 23-under-par and two shots ahead of Tom Hoge in second. Lanto Griffin, Lee Hodges and Brian Harman tied for third place on 20-under-par.

Hudson Swafford - What's in the bag?

NEXT PAGE: WATCH: BOLD PGA TOUR CADDIE STOPS PLAYER AT THE TOP OF HIS BACKSWING