Mexican PGA Tour golfer Carlos Ortiz spoke to GolfMagic about his Presidents Cup prospects, his career so far and his new partnership with Maestro Dobel. 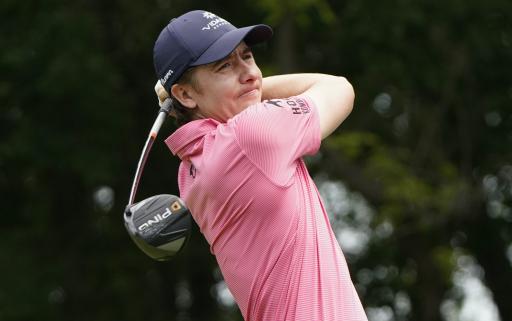 Carlos Ortiz has outlined participation in the Presidents Cup in 2022 as one of his main goals for next season on the PGA Tour.

The World No. 57 has had a moderate season on the PGA Tour with six top-25 finishes in 21 events, but he did pick up his maiden victory at the Vivint Houston Open back in November.

The Mexican was a spectator for the Presidents Cup in 2019, as he watched the International team lose to America for the eighth time in a row.

Speaking to GolfMagic off the back of signing a partnership with Maestro Dobel, Ortiz expressed his desire to play at the 2022 President's Cup and where he wishes to improve his game to achieve this.

"One of my goals for next year is to be part of the International Presidents Cup Team and represent Mexico. It's something I really enjoyed watching in 2019 and would love to be part of it next year," said Ortiz.

"My goals are to win more PGA Tour events and being more consistent and competitive in the four major championships. As far as my game goes, I must keep working on every area of my game to become a better all-around player."

Since Ortiz won his first event on the PGA Tour, he has struggled to replicate this form, with his last top-10 finish coming at the Waste Management Phoenix Open in February.

But since his first season in 2015, Ortiz has broken into the top-50 in the world rankings and at the age of 30, he still has much to achieve while he flies the flag for Mexican golf along with Abraham Ancer.

"I see Abraham around pretty much every week," added Ortiz.

"We share that special bond of being Mexican and representing our country. I think we have a great responsibility of putting that flag up high on the leaderboard and being an example for all the kids in Mexico who are starting to play golf. So, we share a bond and a responsibility together."

Ortiz fought off a strong field back in November to secure his first PGA Tour title. He shot a final round of 5-under-par to finish two shots ahead of Dustin Johnson, with Hideki Matsuyama and Brooks Koepka also in the field.

This was Ortiz's fourth professional victory and now the Mexican has signed an exciting partnership with Maestro Dobel, which is the official Tequila of the PGA Tour.

"Everyone in Mexico knows Maestro Dobel Tequila. It is a quintessential tequila which represents craft, tradition and innovation, not to mention it is an excellent tequila!

"When the opportunity arose to work with a brand I've long known and respected, I was thrilled. Now, I enjoy drinking Maestro Dobel Tequila neat or in the Diamante Tee Time cocktail with some lemon juice, agave syrup, green tea and jalapeño."

NEXT PAGE: TOM WATSON: "EUROPE LIFT THEMSELVES UP BETTER THAN USA AT RYDER CUP"