I wish my bad golf shots ended up 10 feet away from the pin... 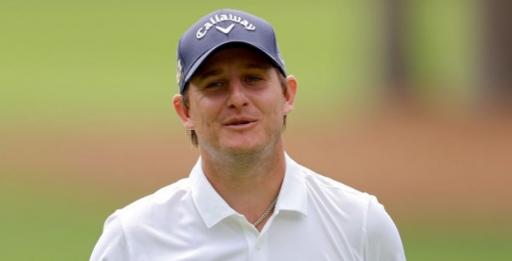 PGA Tour pro Emiliano Grillo had one of the most bizarre reactions to a golf shot on day two of the Sanderson Farms Championship as he tossed his iron into the trees despite his ball ending up 10 feet from the flag.

Within two seconds of impact, Grillo held his pose and then hurled his iron over his head to the left side of the tee box and into the trees.

Grillo with an all timer… This is more egregious than any Hideki reaction!
@NoLayingUp @TronCarterNLU pic.twitter.com/yvrFF76WyP

Grillo ended up signing for a superb 7-under 65 on day two to haul himself back into contention for a second title on the PGA Tour at 6-under par and just four shots off the pace at the time of publication.

You might be thinking this is probably the most bizarre reaction to a tee shot that you have ever seen on the PGA Tour this season. But believe it or not, this one from Mark Hubbard arguably topples it.

Hubbard is incidentally right in contention for a maiden PGA Tour title at the Sanderson Farms Championship this week, too.

The American finds himself in solo second at the time of publication, just two shots behind Belgian Thomas Detry, another player looking to win for the first time on the PGA Tour.

Tournament favourite Sam Burns is just five shots off the pace heading into the weekend.

Next Page: Greg Norman clothing is being worn by volunteers at the Sanderson Farms Championship!