Greg Norman's golf clothing is being worn by volunteers at this week's Sanderson Farms Championship. 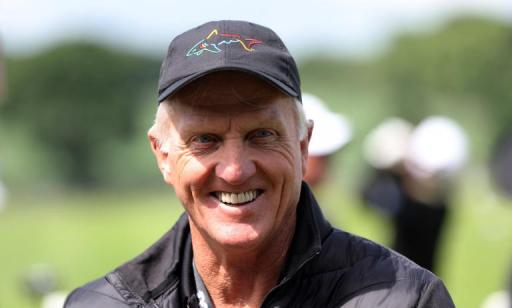 We are not quite sure how they managed to get this one signed off by PGA Tour commissioner Jay Monahan, but the volunteers at this week's Sanderson Farms Championship are wearing Greg Norman's golf clothing brand.

LIV Golf CEO Norman might be shocked to hear the news given his ties to the rival Saudi-backed circuit, but his Greg Norman Collection is being worn by all the volunteers during the PGA Tour's second event of the new season at the Country Club of Jackson.

"You want to give the volunteers a good shirt at a reasonable price, and that’s what that is," Jent told Golfweek.

Norman was recently asked not to attend his annual QBE Shootout on the PGA Tour at the end of December.

The QBE Shootout is a 54-hole competition (no LIV Golf puns intended) that sees 12 two-player teams competing in Scramble, Greensomes and Better Ball.

While the tournament will still go ahead this year and still remain under Norman's watch, the Australian is going along with a request not to attend his very own designed Tiburon Golf Course in Naples from December 9-11.