NBC recorded 2.3 million viewers during the PNC Championship, 200,000 more than they got during The Open Championship. 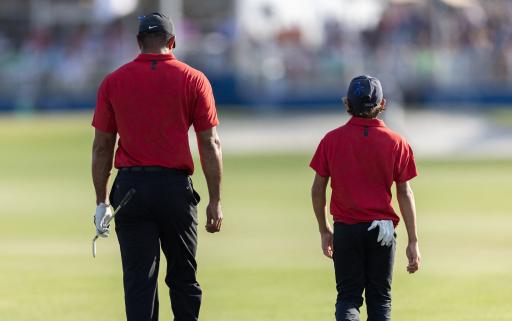 NBC, the prestigious American broadcasting company, recorded more viewers for the PNC Championship than it did for The Open Championship.

This was the average viewership across the entire tournament for both events. There simply has never been so many eyes on the PNC Championship in its 36-year history.

It is important to note that as NBC is an American company based in New York, it is easier to watch the PNC Championship over The Open Championship when you consider the time difference.

RELATED: WHEN ARE WE LIKELY TO SEE TIGER WOODS BACK ON THE PGA TOUR?

However, a regular PNC Championship, which isn't even an official PGA Tour event, should not be near one of the great tournaments in the sport in terms of viewership.

Collin Morikawa produced a performance beyond his years at Royal St. George's in Sandwich to pick up his second major title on his tournament debut.

But the PNC Championship had a certain duo in the field last weekend. It was the competitive return of Tiger Woods and he is the man who will draw eyes to any tournament.

RELATED: BRYSON DECHAMBEAU: THE BEST REPLIES TO HIS "WRONG ANSWERS ONLY" GOLF QUESTION

After much speculation, the 45-year-old and his son Charlie teed it up at the Ritz-Carlton Golf Club in Orlando and unfortunately came second to John Daly and his son John II.

Team Woods played some fantastic golf in the scramble format. On Sunday, they made 11 straight birdies and shot a 57 which was a score matched by Team Daly. They won the event by two shots.

NEXT PAGE: BROOKS KOEPKA RESPONDS TO BEING LEFT OUT OF PGA TOUR 'ULTIMATE GOLFER' TWEET