Qualification for The Masters 2022: Ian Poulter has work to do to reach Augusta

On December 27, the current top 50 players in the world will qualify for The Masters, but who hasn't made the grade? 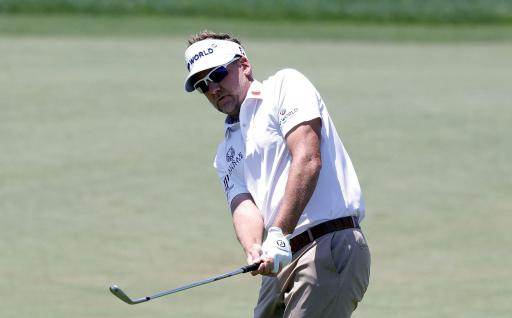 An invitation to play at The Masters is what every golfer in the world dreams of, let alone the best players who circulate the PGA Tour.

On December 27, there are 10 players set to confirm their spaces at the 2022 event via the criteria of being in the top 50 in the world rankings at the end of the calendar year before The Masters.

Tyrrell Hatton and Matthew Fitzpatrick, the European Ryder Cup pair who also played at the Hero World Challenge last week, are set to qualify through their ranking at the end of 2021.

Matthew Wolff, Lee Westwood, Mackenzie Hughes, Tommy Fleetwood, Ryan Palmer, Christiaan Bezuidenhout, Min Woo Lee and Takumi Kanaya are the other names set to cement their places in the world's top 50 by the end of the year.

RELATED: RORY MCILROY THROWBACK: THE TIME HE WAS A TEST SUBJECT ON A NERVY TRICK SHOT

This is the final projection of the Top 50 in the world rankings at the end of the year (31 Dec 2021). #OWGR @Minwoo27Lee and Takumi Kanaya are the latest two players to move in and both should receive invitations for @TheMasters 2022!! pic.twitter.com/0fOzE6A2fv

This means that Ian Poulter, who is currently ranked 52nd in the world rankings, will have to rely on other means to qualify for The Masters in April.

The Englishman will either need to win a PGA Tour event between now and The Masters or squeeze into the top 50 places in the world rankings a week before the tournament comes around.

Poulter, who has missed three cuts in his last four PGA Tour events, last won at the Houston Open beating Beau Hossler in a playoff.

A major championship still alludes Poulter, one of the most popular European players in the world. His best finish at Augusta National came in 2015 when he finished tied sixth.

Impressive Scotsman Bob MacIntyre sits in 56th place in the world rankings, but he has already booked himself a spot at The Masters after finishing tied 12th at the 2021 tournament.

NEXT PAGE: 5 REASONS WHY TIGER WOODS MUST PLAY IN THE PNC CHAMPIONSHIP WITH CHARLIE WOODS