The Wyndham Championship is the last opportunity for a lot of golfers to secure their places in the FedEx Cup playoffs. 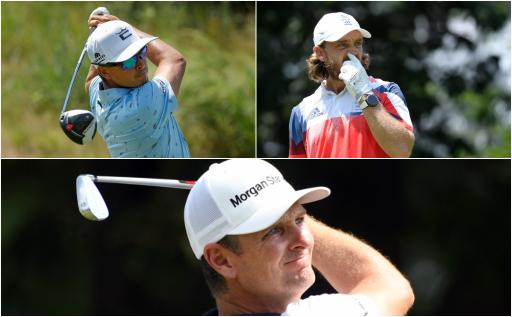 Rickie Fowler, Justin Rose and Tommy Fleetwood are all in danger of missing out on the FedEx Cup playoffs and the Northern Trust Open next week.

There will be many players in the field for the Wyndham Championship this week looking to secure a place in the top 125 players that will qualify for the FedEx Cup playoffs.

Fowler has experienced a severe dip in form on the PGA Tour recently, and although he played well at the PGA Championship and the Memorial Tournament, he is still ranked 130th in the FedEx Cup.

The five-time PGA Tour winner has only finished in the top 10 once in his last 23 events and he has plummed to 110th in the world rankings.

Fowler has not played at the Wyndham Championship since 2016 and since 2010, he has never failed to qualify for the FedEx Cup playoffs, so the 32-year-old will be keen to keep this run going.

The 2013 US Open champion is currently ranked 138th, 13 places off the playoff places which puts him in a precarious position in North Carolina this week.

Although he has had a disappointing season, Rose finished in the top 10 at The Masters and the PGA Championship which shows that he can perform well on the big stage.

His countryman Fleetwood is in a similar position. The man from Southport has not finished in the top 10 on the PGA Tour since March and this is why he is ranked 136th in the FedEx Cup.

Having played solidly for Team GB at the Olympic Games, Fleetwood will need to reproduce this form at the Wyndham Championship in order to qualify for the Northern Trust.