Abraham Ancer took the PGA Tour back to when he was a child, hitting balls down his local driving range and practising to achieve his dreams. 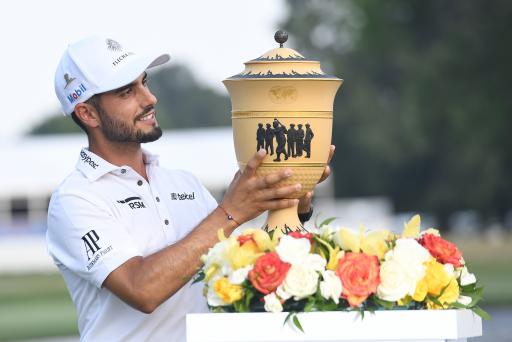 Ancer overcame Masters champion Hideki Matsuyama and the Valspar Championship winner Sam Burns to secure his first win on tour and become just the fourth Mexican to win on the PGA Tour.

The 30-year-old's rise to stardom has not been short of hard work and graft, hitting hundreds of balls out on his local driving range and mastering his short game at his home practice facilities.

Ancer took the PGA Tour back to his roots and showed us where and how he used to practice in his younger days. Although he was born in McAllen, Texas, he was raised in Reynosa in Mexico where he also holds citizenship.

"This is where I would spend a lot of time growing up. Ever since I was three years old until I was 12 or 13, it looked longer back then actually now that I look at it," said Ancer.

"We got into trouble a lot of times hitting into the wall and trying to get it close to the hole with my buddies. We never picked a straight-up chip shot, we never did. We were always like ‘you have to go to that pin over there but you gave to full-swing a flop shot to that one.'

"That's what made us pretty good because there were shots that made you nervous because you might break a window!"

As much as he dedicated a lot of time to his golf, it would appear that Ancer also had great fun in his early days, which is what every young golfer should take note of.

The win last week at TPC Southwind had been on the cards for the World No. 11. He had finished in the top 10 on six occasions before he finally got over the line in Memphis, including a second-place finish at the Wells Fargo Championship.

Ancer also propelled himself to number 18 in the FedEx Cup rankings. It is fair to say that he could just be getting started on the PGA Tour and there will be more to come from him soon.