Rickie Fowler revealed he went round Tiger Woods' home to watch The Masters together after both players missed out on the first major of the year. 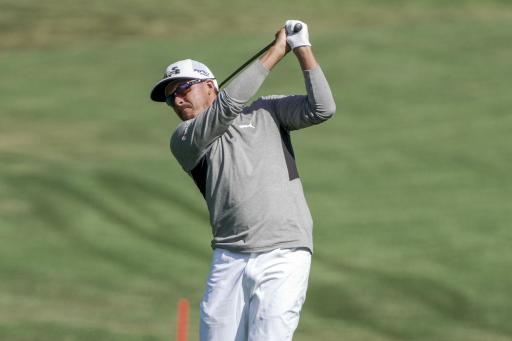 Rickie Fowler revealed that he and Tiger Woods watched parts of The Masters together as both players missed out on this year's iconic major, where Hideki Matsuyama made history.

The pair missed the first major of the year for slightly different reasons, with Woods recovering from the injuries sustained in a car crash in February, whilst Fowler missed the action at Augusta after slipping outside of the top 100 in the world.

Fowler shot a 1-under par round to kick things off at the Wells Fargo Championship on Thursday and following his round, he reflected on his time watching The Masters with the 15-time major winner.

“Between that and the British Open, those are two tournaments that I love to watch,” said Fowler, who is currently ranked 116th in the world. “Typically I’m in them and I’m watching either the morning or afternoon wave when I’m not playing, so it was a little difference in that sense, being at home.

“It was fun to be able to do that, talk about the course. And one of the days, Thursday, we were watching just how firm and fast and such a fine line how Augusta can be. We were both definitely disappointed that we couldn’t be out there to experience it because it’s very few times where you do get to see Augusta that firm and fast.”

When Woods had previous friends over such as Justin Thomas and Rory McIlroy, he was still at a stage where he had to keep his leg elevated and rest as much as possible, but since then images have gone viral of Woods on crutches at a golf course with a smile on his face.

Fowler's visit to Woods' home to watch The Masters was the first time he had seen Woods since the crash and he enjoyed spending some personal time with the Big Cat.

“It was good to see him,” Fowler said. “Hung out and spent some time with Charlie and Sam [Woods’ daughter] was there for a little bit before she had to go to soccer practice.

“I think his main focus and concern is getting back to being a dad, go play golf with Charlie, push him around and be able to run around with Sam.

“Getting to be around him on a bit more of a personal level and getting to know him, especially over the last really five, six years, you know, we try and push him as hard as we can, but at the same time it’s still pretty cool to get to go hang out and spend time with Tiger.

Although both players were disappointed not to be a part of the action at Augusta in April, Fowler revealed that Woods' strong mentality definitely hasn't gone away.

“We were both in the same position,” Fowler added. “Well, I guess not the same. Mine from not playing as well and him being laid up, but same position being that we weren’t there. So yeah, both disappointed that we’re not out there playing. But he’s not lacking any fire in there right now. He never has.

“His golf clubs are right there in the living room and he can stare at them all he wants.”

NEXT PAGE: Phil Mickelson has an interesting NEW CLUB in the bag on the PGA Tour