Rickie Fowler shot a bogey-free score of 66 to finish just three shots behind the leader when his first round ended at Torrey Pines. 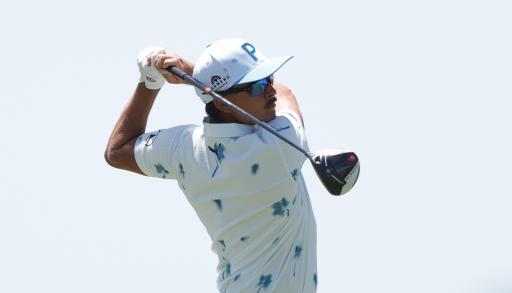 Rickie Fowler shot his best opening-round score at the Farmers Insurance Open on the PGA Tour since 2011, carding a solid 66.

Fowler, who missed another cut at The American Express last week, put this behind him to produce a bogey-free round of 6-under-par on the North Course at Torrey Pines.

Making his 13th start at the event, the 33-year-old began his round on the 10th hole and made three birdies in his first nine and his second nine.

When he completed his first round on Wednesday, he was three shots behind six-time PGA Tour winner Billy Horschel who produced a scintillating score of 63 also on the North Course in San Diego.

RELATED: BROOKS KOEPKA DOES A TIGER WOODS AND GOES BLONDE ON THE PGA TOUR

-4 on his last 7 holes.@RickieFowler gets within 1 of the lead. pic.twitter.com/kZpUExJCAh

Level with Fowler is the World No. 1 Jon Rahm who continues to perform consistently in 2022. Rahm stepped on to the South Course for his first day and made three birdies in his opening nine holes.

Despite making two bogeys, the Spaniard added three more birdies and a fantastic eagle at the par-5 18th hole to finish on 6-under-par for the week.

Rahm won this tournament by three strokes in 2017 and also finished second in 2020 behind Marc Leishman. It is the venue where he also won his first major title at the US Open in 2021.

Justin Rose, the winner of the tournament in 2019, started strongly too. He is just one shot further back than Rahm on 5-under-par after shooting a 67 on the North Course.

Impressive young American Sam Burns is on the same score as the Englishman, while Justin Thomas and Dustin Johnson both shot 4-under-par on the South Course on Wednesday.

Bryson DeChambeau thrilled the spectators at Torrey Pines with an incredible drive on the 339-yard par-4 11th hole on the North Course. He left himself with roughly 10 feet for eagle, but could only manage a birdie.

He finished on 2-under-par on the first day as did Jordan Spieth and Brooks Koepka, who caught the eye with his new blonde look.

NEXT PAGE: DID JON RAHM JUST TELL A PGA TOUR COMMENTATOR TO "SHUT THE HELL UP"?!