Rickie Fowler on the time he "disappointed" Arnold Palmer 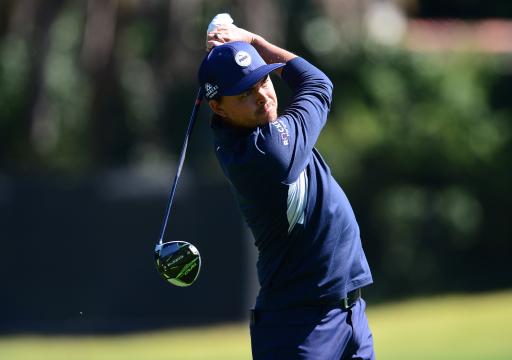 Rickie Fowler has revealed the gut-wrenching moment he told late great Arnold Palmer that he was going to bypass his Bay Hill tournament in 2016, and why he is now unlikely ever going to miss the tournament again.

Fowler, speaking to the media ahead of this week's Arnold Palmer Invitational, explained that he and his team decided back in 2016 to play in the Honda Classic and the WGC-Cadillac (now the WGC-Workday), before taking a month off to then play in the Houston Open one week before The Masters.

As a result, that meant skipping Bay Hill.

But in typical classy fashion, Fowler still made the drive over to Bay Hill to meet Palmer to tell him the news in person.

"It was obviously a tough decision," Fowler told the media at Bay Hill on Tuesday.

"It was all schedule related and how the schedule leading up to this event and after, it really wouldn't allow me to, at the time, not playing a bunch of events in a row, and being ready for Augusta, that was what led to the decision.

"So between myself and kind of a team around me, we just thought it would mean a lot if I at least made that announcement or discussed it and shared it with Arnold in person."

Bypassing The King's event is still something eats away at Fowler to this very day, especially since Palmer would sadly pass away later that year on September 25.

"I mean, it was one of the hardest things I've ever had to do," said Fowler.

"It was like I was breaking up with a long-time girlfriend or something.

"He was a little bit in shock, but he understood. It wasn't the best at the time, just because of how disappointed he was.

"Like I said, he did understood, but for me looking back, it was definitely something that is a memory that I'll always have."

Fowler has not missed an Arnold Palmer Invitational since - and likely will not for as long as he remains on the PGA Tour.