Viktor Hovland is a shining star on the PGA Tour and he believes every aspect of his game has changed compared to six months ago. 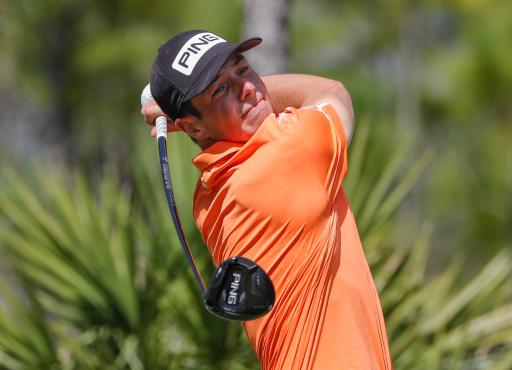 Viktor Hovland is currently one of the most consistent players on the PGA Tour and the rising star believes every part of his golf game is "very different" to what it was six months ago.

Since turning professional in 2019, Hovland quickly showed why he was one of the most talked about amateurs in the game and his form on the big stage as of late has been sensational.

The Norwegian has already picked up two PGA Tour titles and since finishing T31 in his first tournament of 2021 at the Tournament of Champions, Hovland has posted four top 10 finishes in a row.

In his most recent start at the WGC-Workday Championship, Hovland finished in a tie for second, just three shots behind fellow youngster Collin Morikawa.

Had it not been for a nightmare hole during the second round at The Concession, Hovland probably have gone on to win last week's WGC event, or at least have taken it to a playoff against Morikawa.

Currently 13th in the world rankings, Hovland's consistency on the PGA Tour this year has got the 23-year-old feeling very good about his game, which he believes has changed "dramatically" over the past six months.

"I feel like I've really changed as a player now compared to let's say six months ago," Hovland said ahead of this week's Arnold Palmer Invitational. "Every single area of my game is, I would say, very, very different.

"I'm hitting it further, I'm not curving it as much left-to-right as I used to off the tee. I can hit my irons higher. I'm swinging it a little faster so that helps out of the rough, etcetera.

"My short game's better, I'm using more bounce, I can hit more shots. And putting, I can actually read putts consistently. Before it was just a guess. So it's like it's really cool to look at, I feel like just every single part of my game has dramatically changed. Doesn't mean I'll be playing well every single week, but at least I have a better potential to."

NEXT PAGE: Golf fans react to Nick Faldo's BRUTAL tweet about Rickie Fowler and The Masters