Betting on the golf this week? There's a stellar field teeing it up for the Arnold Palmer Invitational and we've picked out a few players to keep an eye on. 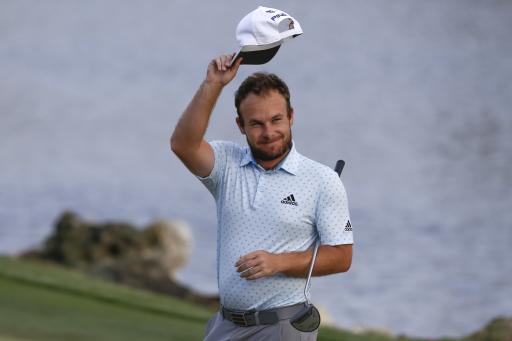 The Arnold Palmer Invitational at Bay Hill is one of the most iconic events on the PGA Tour schedule and has been won by some of the biggest names in the game. This week, another fantastic field takes to the stage to battle it out in the run up to The Masters next month, but who do we fancy to bring their A-Game to Bay Hill?

With a few noticeable absentees in the field, it's Rory McIlroy who leads the way with the bookies as the favourite for the tournament at 8/1 and the Northern Irishman will be eager to get a win under his belt as he looks to get back to his best before taking on Augusta in April.

Tyrrell Hatton claimed his first PGA Tour title at last year's event, before proving that he is one of the best players in the world by breaking into the world top 10 and we are backing the Englishman to successfully defend his title.

McIlroy might be the favourite, but it's his Ryder Cup teammate who we think will top the leaderboard come Sunday in Tyrrell Hatton at 16/1.

His victory here last year was no fluke, considering he finished fourth when he first played Bay Hill in 2017 and shot the round of the day in the third round in 2019, before following that up with his epic victory and maiden PGA Tour title a year later.

The Englishman has also started the year in style by winning the Abu Dhabi HSBC Championship and we believe he will arrive at Bay Hill full of confidence and at 16/1, Hatton offers fantastic value this week.

Our second pick for this week is another Englishman and potential Ryder Cup player in Matt Fitzpatrick at 22/1.

After missing the cut at his first event of 2021, Fitzpatrick has been in fine form and hasn't finished worse than T17.

It looks a matter of time before Fitzpatrick wins his first PGA Tour title and we feel as though it could be a similar story to Hatton's, in that once he wins his first, he'll start to climb the world rankings even more.

Fitzpatrick said himself he prefers the tougher courses and his T5 finish at Riviera proved just that. Bay Hill will be no easy test, so we're backing Fitzpatrick to once again find himself in one of the final groups come Sunday.

If we were picking a third player to go for the win, we'd side with a third Englishman in Tommy Fleetwood given his price and course form, but we like the look and value of Max Homa as an each way bet at 50/1.

Homa is full of confidence at the minute after his epic win at the Genesis Invitational and he finished 24th at Bay Hill last year.

Due to his recent performances, we fully expect Homa to improve on that finish this week, so with odds as high as 50/1, the American makes for brilliant value with an each way or top 20 bet.

NEXT PAGE: Brooks Koepka FIRED Claude Harmon as "he wanted to hear something different"