Garrigus achieves something no other player has ever achieved on the PGA Tour since records began... 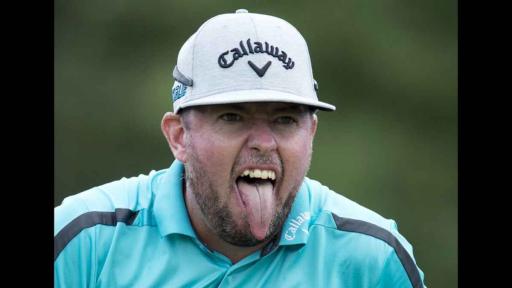 Robert Garrigus might not be enjoying the greatest spell of his career right now but he did at least enter his name into PGA Tour record books at the Barbasol Championship, which ran alongside The Open Championship last week.

One-time PGA Tour winner Garrigus, who ranks a lowly 1571st in the world rankings now, played the par-5 5th hole at Keene Trace Golf Club in an incredible 8-under par for the week.

Since 1983, no one has gone lower on a single hole in a TOUR event. pic.twitter.com/XRH5iKswaA

That means Garrigus, 43, now holds the record for the lowest-ever combined score on a single hole during a PGA Tour event.

Four eagles you are probably thinking? Well no, actually. Garrigus birdied the hole on Thursday, then slammed home an albatross on Friday, before going eagle-eagle on the weekend.

Garrigus, however, went on to finish tied 31st on 13-under par for the week, but it did mark his best finish on the PGA Tour for more than two and half years - reflective of his recent struggles.

The American landed his sole PGA Tour victory with a three-shot triumph at the 2010 Children's Miracle Network Classic.

The previous low one-hole tournament score since records in this particular statistic emerged in 1983 had been 7-under par, according to the PGA Tour.