Golf Betting Tips: Our TOP BETS for the 2021 3M Open on the PGA Tour

This is only the third renewal of the 3M Open on the PGA Tour, but we have a great lineup in TPC Twin Cities this week. 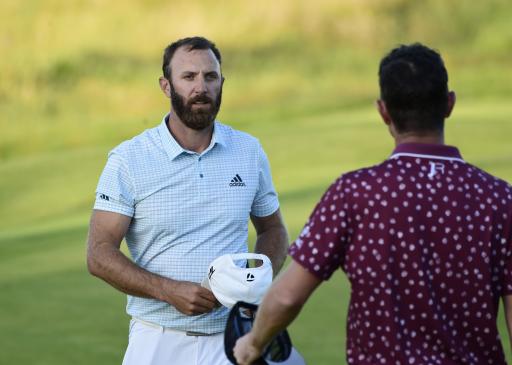 The 3M Open is a fairly new event on the PGA Tour and in 2021, it has attracted a great field that is raring to go off the back of The Open Championship.

Michael Thompson won the tournament last year at the Minnesota venue, finishing two shots ahead of Adam Long on 19-under-par. Two-time major winner Dustin Johnson is the strong favourite arriving at the 3M Open this week at about 15/2.

As much as I think Johnson has a good chance to pick up his 25th PGA Tour win, I have picked out a couple of players who I think have the form and value to give you a great run for your money.

Before his 12th place finish at The Open Championship, Emiliano Grillo had missed his last three cuts on the PGA Tour. But before this run of poor form, he had three top 10's in six appearances.

At 33/1 I think this is a big price for an experienced player who has made 18 cuts in 26 events, which means most of the time, he gives himself a good chance of finishing well at the weekend.

Right now, Hank Lebioda is one of the most in-form players on the PGA Tour. Lebioda has made three consecutive top-10 finishes, two of which were top-5 places at the Rocket Mortgage Classic and the Travelers Championship.

In that time, the 27-year-old has risen nearly 80 places in the official world rankings and I think it is important to strike while the iron is hot with confident players.

Michael Thompson has quite frankly poor form on the PGA Tour in 2021, missing the cut in four of his last seven appearances.

But he clearly enjoyed his time at TPC Twin Cities last year and at 140/1, this is a massive price for a player who could have an affinity with this course that is yet to be discovered.

He won his first PGA Tour title at the Honda Classic in 2013 which, although it was a long time ago, shows that he is able to produce top performances when it matters.

NEXT PAGE: BROOKS VS BRYSON RIVALRY: IS THE FEUD GOOD OR BAD FOR GOLF?