Rory McIlroy and Corey Conners hit the front, with Bryson DeChambeau hot on their heels... 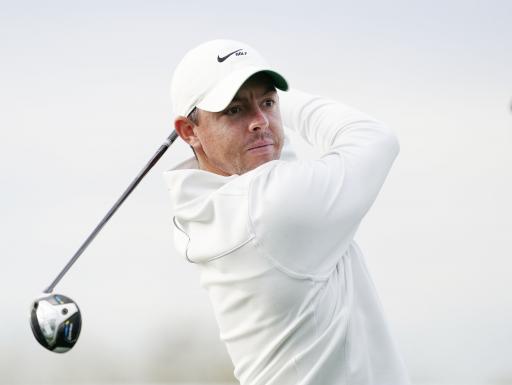 Rory McIlroy strung together five consecutive birdies on his inward nine to card an opening 6-under 66 and share the first-round lead at the Arnold Palmer Invitational.

McIlroy has finished tied sixth or better in each of the last four years at Bay Hill, highlighted by a victory in 2018.

A bit of luck is in the air @APInv. ⛱@McIlroyRory drains a 55-footer with a smile. #QuickHits pic.twitter.com/XtxEIOivzF

The Northern Irishman started on the 10th hole and moved to 2-under par thru eight holes with birdies at both par-3 holes at 14 and 17, but he would hand a shot back with his sole bogey of the day at 18 when failing to get up and down from short of the green.

McIlroy got back in the saddle when draining a 55-foot birdie bomb at the par-3 2nd that clattered against the pin before going down, and it would start a run of five consecutive birdies to give him the clubhouse lead.

Canada's Corey Conners charged through the pack in the afternoon wave to join McIlroy out in front on 6-under par.

McIlroy is looking for his first win on the PGA Tour since November 2016, while Conners is bidding to win his second PGA Tour title following his maiden triumph at the 2019 Texas Open.

After missing the cut at the Genesis Invitational two weeks ago, McIlroy switched his putter at last week's WGC-Workday Championship where he would go on to finish tied sixth.

The putter more than behaved itself again on day one at Bay Hill, with McIlroy gaining close to four strokes on the field in the strokes-gained putting statistic.

Update: Not today. But not a bad "lay up." pic.twitter.com/7TR7RfGcXk

Bryson DeChambeau, playing in the group behind McIlroy, also got off to a solid start with a round of 5-under par.

DeChambeau has been teasing golf fans and the media this week by explaining he will attempt to drive the green at the 555-yard par-5 6th hole should wind conditions be in his favour.

With wind hurting on the tee, DeChambeau opted for the safer route some 300 yards down the middle of the fairway and then sent a long iron into the heart of the green before two-putting for birdie.

Jordan Spieth, playing alongside DeChambeau, continued his resurgence on the PGA Tour with a respectable round of 2-under 70, while Justin Rose, the third member of the group, overcame a shanked bunker shot earlier in the round to card a 71.

Of notable others, Lee Westwood, Matt Fitzpatrick, Viktor Hovland and Sungjae Im all got off to solid starts with rounds of 3-under 69, with Paul Casey, Ian Poulter, Tommy Fleetwood, Matt Wallace, Max Homa and Jason Day a further shot back on 2-under par.

NEXT PAGE: JUSTIN ROSE SHANKS HIS BUNKER SHOT ON DAY ONE